Unfair Image of MSG in the Eyes Consumers 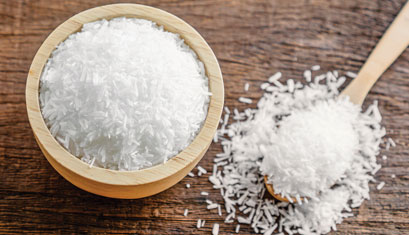 A serendipity discovery of monosodium glutamate (MSG) was led by a Japanese chemist, Kikunae Ikeda who found that dashi; a fish stock commonly used in Japanese cuisine, was high in a sodium salt of glutamic acid. He was then able to detect a sensation of savory taste and he coined the term, umami which was also referred to provide meaty flavor. It is now widely recognized as the fifth taste which is often added to enhance the overall flavor of the food product. It is generally acknowledged with the E number 621.

Although, MSG has been considered as a controversial food additive in a wide range of food products.  People generally assume it to be harmful that may cause adverse effects to the human health. But, origin of the misleading truth begun with the populous Chinese Restaurant Syndrome. Dr. Robert Ho Man Kwok, a Chinese medical researcher wrote a letter which got published in the New England Journal of Medicine in 1968 and he mentioned that he experienced some odd symptoms like “numbness in the back of the neck, gradually radiating to both arms and the back, general weakness, and palpitation” after consuming the foods in Chinese restaurants in the USA. He wondered if it could be caused by the MSG “used to a great extent for seasoning in Chinese dishes. A series of several new letters started coming depicting the same kind of symptoms.

Later, extensive studies were conducted by various researchers which resulted that there is no serious impact on one’s health; it only affects a small fraction of people who consume it in excess quantities on an empty stomach or are prone/sensitive to other diseases such as asthma. It is not life-threatening as it is thought to be and the symptoms usually last for about an hour. According to NSW Food Authority, MSG is considered as one of the most extensively researched substances in food for more than 40 years.

MSG is one of the most abundant naturally occurring non-essential amino acids. It is naturally present in several food commodities including meat, poultry, dairy, and horticultural produce. The fact to the myth that MSG is toxic gives a clarification that the human body treats MSG in the same way as glutamate is found in food, hence it is non-toxic. Sodium reduction is a major benefit associated with MSG as it contains 1/3 the amount of sodium as table salt and is, therefore, used in small amounts.

Some international agencies such as World Health Organization (WHO) and Food and Drug Administration (FDA) have classified MSG as “Generally Recognized as Safe”. This was concluded by the reports shared by Federation of American Societies for Experimental Biology (FASEB) as a typical food serving with added MSG usually contains less than 0.5 grams of MSG. Moreover, several evidences indicate that its consumption is safe in moderate amounts unlike mega doses like more than 3 grams at one time is unacceptable as it may lead to certain transient, mild symptoms in sensitive individuals. As a consequence, monosodium glutamate cannot be bad for us, but anything in excessive amounts can exhibit adverse effects, so better to take necessary precautions by keeping health as the utmost priority.