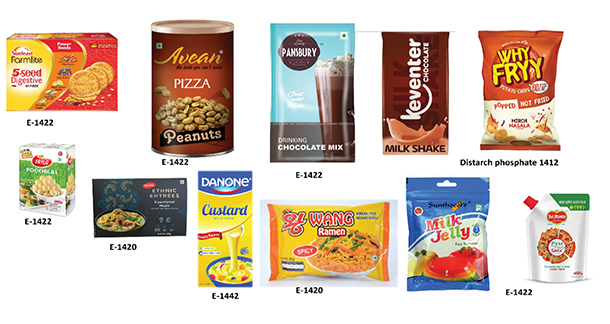 The Indian modified starch market scenario has witnessed significant changes in the past few years. The industry looks promising with many secondary converters investing in the modified starch value line. Modified starch usage is listed in chemicals considered emulsifiers, thickeners, and stabilisers under Food Safety and Standards Authority (FSSAI). When added to food, they act as emulsifying and stabilising agents, which means they facilitate uniform dispersion of oils and fats in aqueous media or vice versa and/or stabilising the resultant emulsions. Modified starches are used to overcome shortcomings of native starches such as loss of viscosity/thickening power upon cooking and storage, retrogradation characteristics and others.

As per the legislation (the Food Safety and Standards Authority of India (FSSAI),2016), the dosage of modified starches in processed foods can be considered under GMP (Good Manufacturing Practice) by the producer instead of the earlier dosage limit of 0.5%. This modified starch regulation has not only increased the dosage of the ingredient in current applications but also paved the way for new applications, which has positively affected Indian starch demand in recent years.

Few products with functional modified starches as one of the ingredients 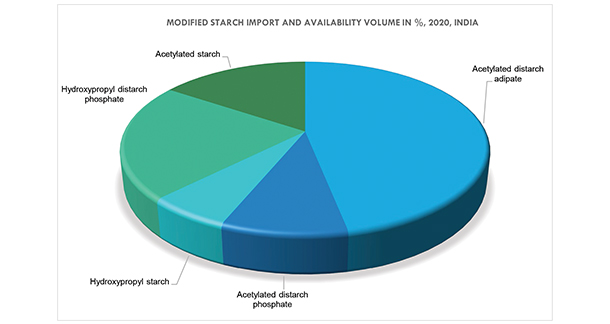 Source: F1rst based on analysis 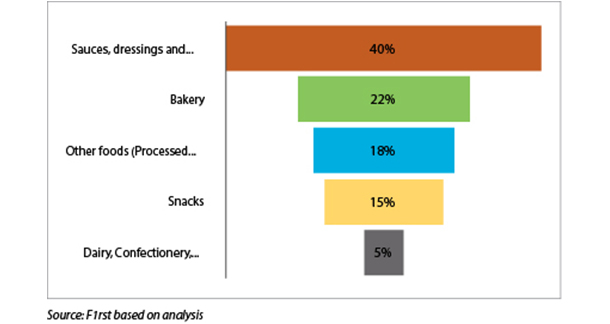 The Indian market being a very price-sensitive market, cost is a significant criterion while choosing suppliers as it has a domino effect on the price of the end-product. The awareness level of modified starch usage in food products is still low. In our finding, its usage is expected to increase in the next 5 years as most companies are looking at it as a replacement and shelf-life solution for some existing competing ingredients such as xanthan gum and guar gum.

Currently, there are no producers of these functional modified starches in India. Due to the need to look for alternatives for Xanthan/Guar gums, corn wet millers (CWMs) or secondary converters (SCs) may start local production in the coming years. Acetylated distarch adipate (E-1422) is a highly recommended functional modified starch for domestic players because of its wide application and increase in demand in multiple end food and beverage segments. So, producing them domestically is an opportunity for starch players and secondary converters to offer import substitutes. Based on F1rst’s conversion cost-margin analysis, we recommend adding these modified starches to the existing product lines and product mix.

*The author is marketing and sales manager at Firstmr Business Analytics, India. F1rst has recently published a study on value added functional modified starches. She can be contacted at kanchan@firstmr.com