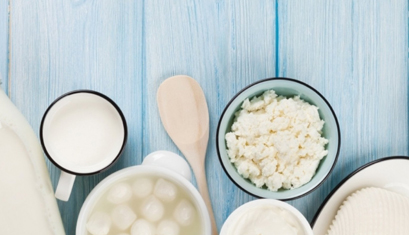 Isotope analysis of pottery shards in theIndus Valley Civilization (IVC) site of Kotada Bhadli, showed evidence of dairy fats and proteins. Apart from understanding that the dairy industry nourished the people of this civilization, we also know that cows/buffaloes were involved rather than goats/sheep. Evidence of domestication of the cow (or auroch) is known from at least 8000BC, with many other ancient civilizations contemporaneous with the IVC showing evidence of industrial scale dairying activities. It is surmised that the IVC too had a large industry around dairy including trade between the different cities. Various literature from the vedic period references production of fluid milk, curds, butter and cheese. 2500 years hence, India still consumes a large proportion of its dairy in the form of loose fluid milk and artisanally produced value added goods, rather than industrial processing and production of a wider variety of ingredients. APEDA lists the following as value added dairy products which are manufactured in India. 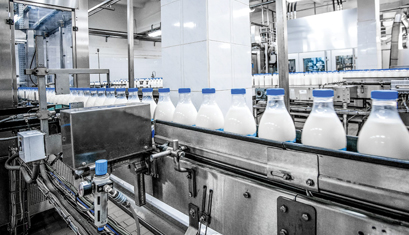 The dairy processing and infrastructure development fund (DIDF) launched in 2017-18 by the Government of India seeks to improve dairy processing with the following components that are eligible for financial support – creation, modernisation and expansion of milk processing infrastructure, manufacturing facilities for value added products, setting up of chilling infrastructure and electronic milk testing equipment at village level. I seek to contrast this with the New Zealand dairy industry that claims to produce 1500 different dairy products and formulations with minimal government support. Due to the vast and varied geography, climate and culture of India, creation of a unified dairy industry modelled on Europe or New Zealand is a challenge that is being addressed at the grassroots level.

India produces 187 of the 816 million tons of global milk. Co-operative milk unions procured 17 -18 million tons of milk (48.04 million kg per day – NDDB) which is less than 10% of the total milk produced in India. The private sector’s contribution to production of value added products in India, is therefore key. Private dairy companies have hitherto been focusing on stabilizing their operations, but over the past couple of years expanded rapidly into value addition. The stated goals also include capacity expansion and national footprints. Most private dairies are currently regional players.

Whey production can be taken as an example. Europe and the US are key producers of whey proteins globally. This is largely derived from cheese production from which approximately 95% of liquid whey is produced. The remaining 5% comes from casein production. Both of these are not produced in significant quantities in India. India produces paneer, cottage cheese whose side stream is not suitable for whey production. Usage of Rennet makes the difference in production of cheese. If the whey is really going to be used as protein supplement then the paneer production process will not support the actual nutritional profile that is expected. Whereas in case of enzyme processed cheese, high quality whey gets separated without the heating process. Hence even big milk processors are not involving in whey production where they manufacture paneer. Paneer processing results in production of large quantities of whey that not only results in loss of valuable nutrients but also raises serious environmental concerns for its disposal due to its high biological oxygen demand. In India alone, it is estimated that about 100 million kg of whey is annually derived as a by-product, which may cause substantial loss of about 70,000 tons of nutritious whey solids (https://doi.org/10.1007/s13197-016-2218-8). The other problem of course is that western style cheese is getting popular in India only recently.

In conclusion, it is not an easy task to change millennia old habits of consuming dairy products. This leads to the associated problem of not being able to value add the side streams. Complexity is added by the lack of adequate infrastructure for production and market accessibility for processed dairy products which could lead to some raw material available for protein production. For the dairy market to add value, it is necessary therefore that consumer demand matures towards higher value products.