Straddling the Equator for Reliable Raw Material Sourcing and Production 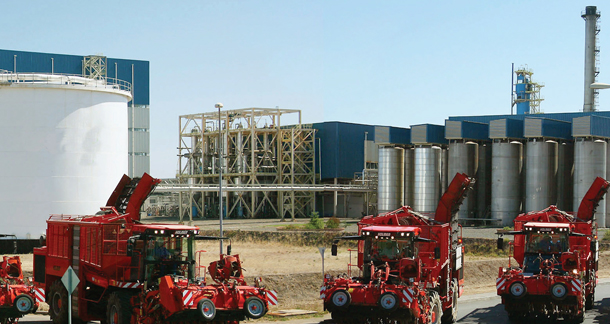 BENEO’s dietary fibers are in greater demand than ever before. As intestinal health becomes a key issue for consumers around the world, the industry is responding to the growing level of interest with new product developments. But when it comes to raw materials from Mother Nature, the company is playing it safe and ensuring, no matter what obstacles and weather conditions they face, that they can reliably deliver consistently high-quality dietary fibers. The solution? BENEO is cultivating its chicory root on both sides of the globe to guarantee a reliable supply chain … even in times of crisis. Food Marketing & Technology now takes a closer look at one of these state-of- the-art facilities at Pemuco in Chile.

Well positioned for a global market

To address the ongoing requirements for the prebiotic dietary fibers inulin and oligofructose from chicory root, and to ensure raw material security for  its  customers,   BENEO   opened a production site in Chile some 15 years ago  to  complement  its  plant in Belgium. Although chicory was previously hardly grown in the region, the  company   has   since   become an integral part of the Chilean agricultural sector and is setting new standards in terms of sustainability.

For BENEO, the plant in Pemuco, Chile, offers a decisive strategic advantage. With two locations on different sides of the equator, security  of  supply  for international customers has significantly increased. Just like sugar beet, chicory is a seasonal crop that is harvested in the fall. The move to the southern hemisphere was therefore crucial to ensure the availability of raw materials — even during extreme climatic conditions. As the harvest season in Chile usually runs from March until the end of June, BENEO can process chicory roots twice a year, allowing much  greater   flexibility  to respond to changing customer requirements in a fast-moving market.

But, production in Chile offers even more advantages; owing to the high intensity of sunlight, the on-site photosynthetic capacity is extremely high, which benefits both quality and yield. In addition, frosts are very rare and, even during the day, it does not get too hot. In fact, the cultivation conditions are very similar to Central Europe in terms of temperature extremes.

In addition, as BENEO serves a global market with its natural dietary fibers, the distances from Central Europe to some customers — such as those in Southeast Asia or the West Coast of the U. S. — are correspondingly long. The Pemuco location facilitates more efficient transportation, thus reducing costs, distances and CO2 emissions.  Last but not least, Chile is the country with   the    highest   number   of   free trade agreements (FTAs) worldwide. There are 26 agreements in place  with a total of 62 economies, which generate almost 90% of the world’s gross domestic product. Accordingly, the South American country offers highly interesting access to a variety of markets.

Around 250 employees now work for BENEO in Pemuco, 200 in production and  administration  and   about   50 in agriculture. Depending on the year, the company co-operates with 120–180 farmers and positions  itself as a local service provider for them. For example, 100% of the seeds are supplied by BENEO and the company machines around 60% of the total cultivated area before and after sowing on behalf  of  the  farmers. This also applies to  mechanical  weed control. In  fact,  harvesting and transport are done entirely and exclusively by the organisation.

One of the major challenges in Chile  is the soil and its composition. On the one hand, it can be very stony, which requires a good separation  processing — both in the field and the factory — and, on the other hand, heavy rainfall regularly puts the drainage capacity of the soils to the test. For the harvesting machines to be able to access the  fields, even during extreme  rainfall,  the harvesting sequence needs to be well planned and organized. All the fields are therefore classified by BENEO according to their drainage capacity.  For example, particularly sandy  soils  are only harvested at the end of the campaign. And, when  awarding contracts for the coming year to the farmers, care is taken to ensure  that the necessary area is available on soil that drains well. As a  rule,  BENEO  relies on a four-year rotation  cycle  using crops such as corn, quinoa, chia and buckwheat to maintain soil health  in the long-term.  Existing  fallow  land is also used as flowering areas to promote biodiversity.

Tablets in the field

Owing to the generally good climatic conditions, however, Chile also suffers from prolific weed growth. To win the race between cultivated crops and wildflowers, sowing, gap closure and weed control must be timed accurately. Whether by satellite, airplane or drone, BENEO makes great efforts in Chile to obtain the most precise information possible about the condition of its fields. With crop care and protection top of mind, the  primary  aim  is  to be able to work as accurately as possible. With the aid of soil sensors, water use and nutrient requirements of the plants are  recorded  and  can be analysed over time. Using an app, farmers can also be directed to those parts of a field where growth is below average. In the future, it should also be possible to digitally identify weeds, so that even more targeted control measures can be taken.

At  its  plant  in   Pemuco,   BENEO  not only produces inulin and oligofructose, it also processes certain solid and liquid co-products that are used as mineral fertilizers or as feed products. The energy required for all these processes comes from a biomass boiler, which was commissioned in 2015. Because there is a lot of wood and pulp industry in the region, the use of biomass is particularly fitting; BENEO actually uses the residual wood from local sawmills as a source of energy for its own combined heat- power plant.

“We have switched the site’s energy supply to non-fossil fuels as far as possible. Around 80% of our total annual energy need comes from renewable sources and we plan to expand this in the future to further reduce our carbon footprint,” comments Christoph Boettger, Member of the Executive Board of BENEO. “In order to ensure continously a reliable supply chain in future we are investing more than € 50 million in the expansion of our Chilean site. This will enable us to increase our production capacity by 20% worldwide by  2022, he went on to say.”

The state-of-the-art  plant  in  Pemuco  is an equally important location for BENEO. In recent years, the  company has established itself as a  good employer and social partner in the region. For example, BENEO has been holding a competition for business start-ups for some time. Every  year,  this competition supports several micro-enterprises   with    knowledge and  financial  contributions.  BENEO also takes care of the next generation  of farmers. A dual  training  program  has been initiated with local schools, and the first class has recently graduated. As such, BENEO  is  making an important contribution to  leading  the agricultural sector in Chile into a successful future with bright minds.