Role of Homogenization in Dairy Industry 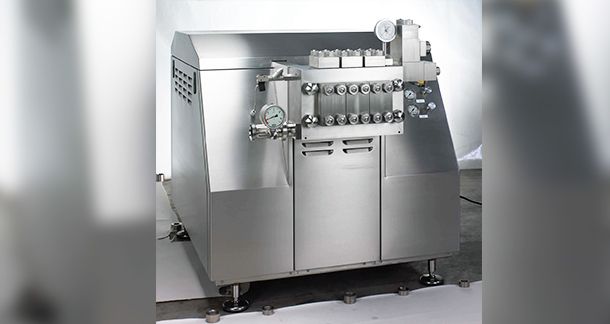 The process of homogenization refers to the dispersion of the structural elements of food including globules, molecules, particles, and droplets etc. within a surrounding continuous medium. In the homogenization process, a fluid is forced to pass through a minute orifice causing various energy transformations directly impacting the dissolved, dispersed, or emulsified components. Significant mechanical stress on fluid in the form of shear, turbulence, and cavitation results in dispersion of structural elements.

In earlier days, homogenization was introduced in dairy industry as a manufacturing step to reduce the size of fat globules, improving the stability of the emulsion resulting in physical and chemical stability of milk. Over the years, food homogenization has grown from a normal manufacturing step to an established and essential operation, with role in wide array of fields. Homogenization performs multiple functions including particle size reduction, dissolution, mixing, dispersion, encapsulation, emulsification, and structuring.

Milk is a very complex food containing water, protein, fat, lactose, and salts. The main components of milk with industrial significance are protein and fat. As milk is an oil in water emulsion, fat globules are dispersed in a continuous phase of skim milk. When left undisturbed, fat globules in milk rise to the surface and form a layer of cream. Homogenization in the dairy industry is used principally to prevent or delay the formation of a cream layer in milk by reducing the diameter of the fat globules. Major percentage of the fat globules in unhomogenized raw milk are between 2 -12 µm while in homogenized milk the size range is 0.2-2 µm. Process of homogenization has a significant impact on the quality of dairy products such as condensed milk, curd, or ice cream. 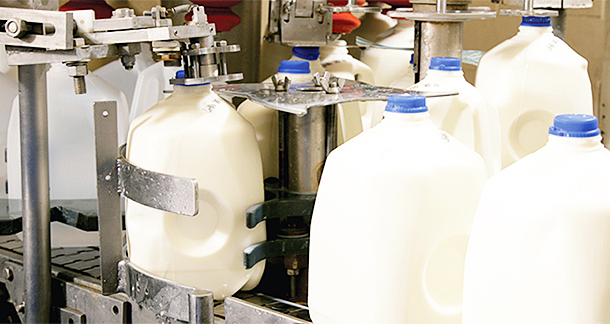 Objectives of Homogenization of Milk

Prevention of Creaming: Cream layer formation in packed milk is deemed undesirable. Homogenization is used to reduce the size of the fat globules, leading to significant reduction in rate of creaming. This process also improves the stability of milk towards partial coalescence.

During homogenization, the liquid upstream of the valve has a high potential energy, which on entering the valve, is converted into kinetic energy. The high velocity in the narrow valve opening leads to intense turbulence; converting the kinetic energy to heat energy. Only a fraction of kinetic energy, less than 0.1%, is utilized for globule disruption.

Several processes occur concomitantly during homogenization. Total surface area increases due to deformation and disruption of droplets. Frequent collision of newly formed small droplets also occurs if surface is insufficiently stabilized. Multiple disruption and collision events occur during the passage through a homogenization valve. The rates of the various processes depend on a number of variables, such as power density, surfactant concentration, droplet size, and volume fraction, and each has a characteristic time.

There are a number of different types of homogenizer. The three most common are rotatory type, high pressure models, and sonic disruptors.

Sonic disruptors generate high intensity ultrasonic waves. These waves are inaudible to humans but exert a pressure of more than 500 atmospheres along with high temperature. The waves are amplified by a probe into a beam that produces the cutting or shearing effect on particles through a process called cavitation.

In conventional dairy process, a separator is used to separate raw milk into a low-fat phase (skim milk) and a fat-enriched phase (cream) prior to homogenization. Milk is then standardized to the final product fat content by mixing these two phases and then homogenized. Full stream or total homogenization is the most commonly used form of homogenization of market milk and milk intended for cultured milk products.

The increasing interest of consumers and the food industry in improving the organoleptic and nutritional qualities of foods has boosted the use of homogenization process. Currently, the major factors driving the research interest in improving the bioavailability and bio accessibility of active components are concerns about food functionality and sustainability. For this purpose, alternative, soft and nonthermal technologies such as high pressures homogenization has huge potential.