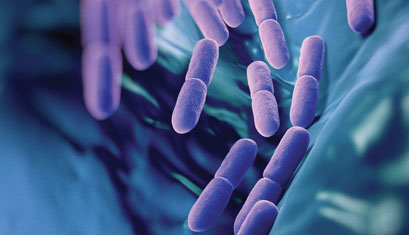 An upset stomach is generally considered as irrelevant in terms of sickness but can go a long way in affecting the balance of the body physically, mentally and emotionally. The gut microflora has a highly positive impact which makes it necessary to understand the interaction between the gut microbiota, diet and the host.

The World Health Organization defines Probiotics as “live microorganisms which when administered in adequate amount confer a health benefit on the host.” In order to be labelled probiotic, scientific evidence for the health benefit would have to be documented. Probiotics in the bacteria category include, but are not limited to lactic acid bacteria such as Lactobacillus, Streptococcus and Enterococcus; Bifidobacterium species, Bacillus species, Propionibacterium species, and Escherichia coli while from the yeasts, Saccharomyces. Boulardiiand S. cerevisiae are the most common representatives. Prebiotics are defined as non-digestive ingredients that affect human health positively. This occurs due to the ability of prebiotics to selectively stimulate the growth and activityof gastrointestinal microbes. These include common short-chain oligosaccharides like fructooligosaccharides (inulin), galactooligosaccharides, pectin and lactulose which are commonly present in chicory, banana, artichoke, onion, garlic etc. A combination of probiotic and prebiotic creates a synergistic impact which produces a synbiotic product wherein the probiotic bacteria selectively ferment the prebiotic thus improving their growth and viability.

Human microbiota consumption directly affects immunity. Prebiotics, probiotics and synbiotics exhibit effect against pathogenic organisms and affect the intestinal health. Both prebiotics and probiotics have an important role to play which further exhibit synergy in synbiotics.

Probiotics can adhere to epithelial and mucosal surface thus impeding the adhesion of pathogens and can competitively exclude them. They also produce short chain fatty acids and reduce gut pH. The risk of antibiotic associated diarrhoea and infectious diarrhoea is reduced since probiotics prevent colonisation and inactivation of pathogens by producing specific substances like bacteriocins. They can reduce the response to allergens by creating a barrier in the mucosa. Probiotics also prevent colon cancer and inflammatory bowel syndrome. They can also reduce the uncomfortable consequences of lactose intolerance by producing the enzyme (β-galactosidase) responsible for the hydrolysis of lactose. Cholesterol absorption may be reduced by its assimilation and fermentation thus mediating antihypertensive effects and preventing coronary heart diseases. The risk of bacterial vaginosis may be reduced by the improvement of microbiota in the vagina.

Prebiotics can positively impact the therapeutic benefits of probiotics by improving their survival and growth. Moreover, prebiotics improve intestinal health since they are selectively fermented by the gut microflora. They can improve mineral absorption due to an increase in mineral solubility (since pH decreases during prebiotic fermentation) as well as hydrolysis of mineral complexes. Since prebiotics can act also as dietary fibre, they lower the glycaemic index. Also, propionates are produced upon fermentation by probiotics which inhibits the lipogenic enzymes (thereby reducing serum cholesterol) and gluco neogenesis (thereby lowering blood glucose levels).

Food choices of the customers are highly influenced by the sensory quality and pleasantness for repeatedly choosing those products. But as society is progressing, health is progressively rising up the ladder of influential factors. Thus, a consumer considers a product rewarding if the credibility of the health messages on a particular product are proved.

Probiotics are generally administered by supplementing in food especially dairy products such as yoghurt, buttermilk, ice cream and cheese. A minimum concentration of 106 -108 colony forming units per ml/g of the product is necessary to exhibit the probiotic effects. Certain non-dairy products such as cereal bars from soybean and beverages from fruits and vegetables may also be used for probiotic delivery. Since certain food matrices, as well as processing, can affect their survival, microencapsulation is a common technique to improve their viability during incorporation in food products. Prebiotics provide both physiological and nutritional benefits. They are commonly supplemented in beverages, infant formula, breakfast cereals and cereal bars. Sometimes, capsules are also administered in serious cases which may contain probiotic and/or prebiotic. Commonly consumed foods such as unprocessed onion, garlic and jackfruit also contain prebiotics thus benefiting the intestinal health. Prebiotics can also play roles of sugar and fat substitutes. They can act as bulking agents to provide the required texture and mouthfeel to act as fat and sugar mimetics. Moreover, they also provide functional benefits by acting as humectants and control the maillard reaction which is responsible for undesirable browning of the products during storage.

It is important to understand the mechanisms by which beneficial effect is exerted by probiotics on human health and thus making it easier to select novel strains with appropriate traits for clinical studies after approving their safety. Moreover, it is necessary to stabilise the probiotics during production, processing and storage of the product, and in the upper gastrointestinal tract during digestion (before reaching the colon). More importantly, the exploitation of the synergistic interactions between probiotics and prebiotics can improve the efficacy of the product combining the two to prepare synbiotic products. Synbiotics are certainly the need of an hour in a society where regular consumption of these functional foods can reduce the risks of highly prevalent physiological disorders like cancer, coronary heart diseases and cardiovascular diseases. Furthermore, consumers need to be communicated the benefits of these functional foods to ensure the targeting of specific populations.