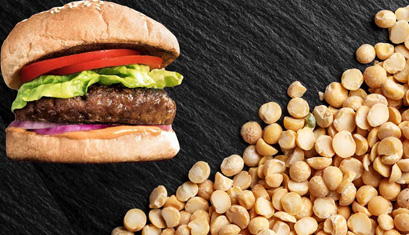 Plant meats have ingredients sourced from plants such as soy, to mimic the texture of animal meat. Current innovations also claim that it offers the same cooking and eating experience as traditional animal-based meat. Few hamburger outlets have introduced plant-based patties, which exactly matches the texture of the beef offered in the same outlet.

Consumers find potential advantages of plant-based foods, on the other side, and equate such items with better health outcomes and higher nutritional value. A 2016 study by Oxford University found that a ‘healthy’ diet (i.e. one that contains less meat) could prevent 5.1 million deaths worldwide by 2050. Meat-free protein products are no longer restricted to the relatively small group of consumers who identify as vegetarian or vegan. For example, 39 per cent of U.S. citizens are actively using plant originated foods in their diets, and this shift is driven by millennials: 30 per cent eat meat alternatives every day, while 50 per cent eat meat alternatives several times a week.

The global plant-based meat market is driven by growing concern towards animal-based meat owing to the global narrative that COVID-19 originated from wild animals. The growing vegan population in Europe, consumer awareness towards nutritional benefits, and innovations in food technology coupled with funding support from investment firms. Recently, in June 2020, Veganuary, a UK based non-profit organization introduced Veg Capital, funding solutions for plant-based food companies. It will provide a fund of around EUR 50,000 to 2,50,000 to the plant-based food startups.

Moreover, strong government intent also pitched the usage of plant-based meat at the forefront. Governments are now beginning to understand the climatic and environmental effects of diets. The expert panel of the review team recommended the inclusion of key material environmental indicators during the most recent revision of the US dietary guidelines in 2015. Denmark is considering proposals for imposing a red meat tax. In 2016, Sweden’s Green Party tabled a motion in the Swedish parliament calling for a climate tax on food.

Polaris Market research has segmented the plant-based meat market report on the basis of source, product, distribution channel, and region