Latest Methods for Commercial Production of Paneer and Cheese 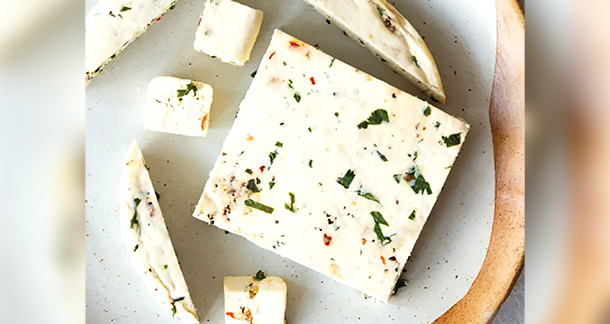 Paneer also known as soft cheese is a popular heat and acid coagulated product of the south Asian countries. It is non-fermented, non-ripened and non-melting type of cheese. Around 4-5% of the total milk production in India is converted into paneer. It is a very good source of good quality animal protein, fat, vitamins, minerals including calcium and phosphorus (Dey et al., 2020). Paneer is also called as substitute to vegetarians meat because of being the chewiness. Different market samples are reported to have a wide range of chewiness. Generally having an appearance of white in color, has a sweetish-acidic nutty flavor, spongy kind of body and closely knit type of texture. The body and texture of paneer are of equal importance as the flavor and other quality aspects.

The process of paneer production involves heating the mil to near boiling temperature (90-95oC), adding citric acid (1-2%) to form the coagulum at 80-85oC, draining off the whey followed by pressing the curd/coagulum obtained.  The quality attributes of paneer (including moisture content, bulk density, texture, etc.) are affected by the pressure applied. The manual practices followed are labor intensive, time consuming and do not yield uniform quality paneer. The yield of paneer is also affected by the pressure applied and thus is not achieved fully by manual methods. Thus, the need for automatic paneer production is realized and the industry is approaching mechanical methods of paneer production and pressing with automation and instrumentation.

With the commercial production of paneer by the organized dairies, focus shifted on continuous paneer manufacturing by mechanization. Mechanization also leads to hygienic production of the product suitable for exports as well. Agarwala et al. (2001) worked on a continuous paneer making machine by mechanizing the process involved in the process. The setup employed twin-flanged apron conveyor cum filtering system for the uniform quality in terms of moisture content, textural attributes and the yield. The unit has a production rate of 80 kg paneer per hour. A machine based on impact forces was developed by Das and Das, 2009 which utilized impact forces to achieve pressing of the curd. The system employed a cage and screen for holding the curd which was subjected to impact forces. The energy imparted using impact affected the yield, textural properties and moisture content of the final product.

A microprocessor based automatic paneer press was developed by Chitranayak et al. (2017) based on the FDA c-GMP and 3A hygiene standards. All the basic equipment were controlled by the PID controller, temperature controller and the timing control circuit. The pressure was controlled by the pneumatic air controller which was regulated by compressed air passing through the Filter-regulator-lubricating (FRL) unit. To control the flow of air, 5-way manifold control valve was used. The whole unit was fabricated out of SS 304 material with the pressing unit able to provide 0-10 kg/cm2. The developed paneer hoops could handle weights varying from 250 g to 8 kg. The developed system was suitable for small to medium scale dairy entrepreneurs.

Apart from the mechanical systems, the dairy industry is now focusing on the membrane processing to utilize it benefits of maximum solid recovery, low thermal degradation and lower energy utilization. Membrane processing has been applied in paneer manufacturing also. Ultrafiltration has been applied for concentration of skim milk to four times along with addition of coagulants and salt to obtain paneer with higher yield and less hardness (Shivkumar et al., 2005). Microfiltration has also been tested to develop paneer from skim milk concentrate by researchers. Some additives such as calcium chloride are required to be added to maintain the necessary textural and organoleptic properties of the developed paneer (Kanawjia and Rizwi, 2003). Reverse osmosis and nanofiltration concentrated milk was also tried for making paneer. It was reported that paneer prepared from NF cow milk was able to overcome the limitations of cow milk paneer including hard texture and less moisture content.

With the customers being health conscious, different types of paneer with some healthy additives are making their way in the markets. One of them includes the dietary fibre enriched low fat paneer. As low fat paneer are having hard texture, researchers have worked on improving the textural attributes by adding certain ingredients. Low paneer with good textural properties has been prepared by addition of fibrous ingredients like soy fibre and inulin. Soy milk is also a good ingredient for the cost economics of the product as soy milk can be a cheap alternative for milk with the goodness of nutrients. It has been reported that replacing buffalo milk with 20% soy milk, good quality paneer with no significant difference in quality can be obtained.

Filled paneer is another variant in which skim milk is mixed with vegetable oil/coconut milk for the fat source. Addition of around 10% of skim milk by coconut milk makes filled milk and can be a good option for flush season when most of the fat from milk is separated and utilized in making ghee. Vegetables have been added to paneer to improve its functional properties and flavor. Paneer impregnated with coriander and mint to a level of 5-30% of milk quantity was prepared and an increase in ash, calcium, iron ascorbic acid and yield was observed (Bajwa et al., 2005).

Paneer is the most cherished dairy product in the south Asian countries and I suitable for all age groups as a good nutrient source especially proteins. In spite of the wide commercial demand, the continuous production of paneer is still a challenge because of the control of pressure and time. Shorter shelf life is another constraint for large scale production of paneer. However, over the times various mechanized production techniques have been tried and are made available for small and medium scale paneer production. Along with mechanization, changes in the constituents are also being tried to meet the current dietary requirements of the customers by incorporating some functional ingredients. The above discussed novel interventions in paneer production and processing are expected to result in good quality paneer with higher yield and hygienic standards.