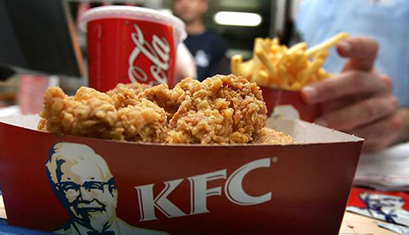 Yum China’s KFC chain has announced that it will sell plant-based fried chicken in China for the first time, according to Reuters.The nuggets will be available for a limited period, between 28-30 April from three outlets, one in Shanghai and the others in the southern cities of Guangzhou and Shenzhen. The plant-based chicken will be supplied by US agribusiness Cargill, one of a number of meat processors to have entered the plant-based market.

A post on KFC’s official Weibo account, cited by Reuters, said that customers who want to try the meat-free chicken must purchase a pre-sale coupon. One serving comprises five chicken pieces and will be sold for 1.99 yuan.

KFC’s China business has been owned by Yum China since 2016, when Yum! The company’s latest announcement was met with mixed reactions on Weibo, with some users of the Chinese social media site saying they hoped the new offering would be healthier, while others expressed scepticism that the plant-based chicken would be popular in China.

Elsewhere, Yum! Brands’ KFC previously partnered with meat substitute company Beyond Meat to trial plant based chicken at an outlet in Atlanta for one day.