How youth culture is transforming the drinks industry 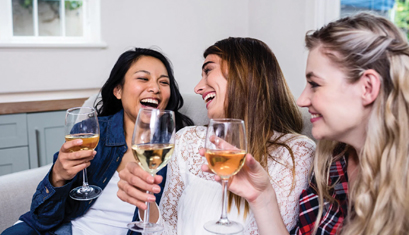 Sustainability, premiumisation, wellness, transparency and traceability – all these trends that have come to define the shape of the consumer industries in recent years have in many ways been a reaction to a younger and increasingly conscious consumer base. That is not to say that older consumers are not coming along with the change, but the trends have really found their roots in millennials and Gen Z, and it is these consumers that are driving the change forwards. Consider the Extinction Rebellion, a climate protest largely driven by very young people, including children, which nevertheless forced a fresh public reckoning with environmental issues.

With such change at the forefront of these consumer groups’ minds, it is not surprising that brands have looked to capitalise on the notion of ‘conscious’ capitalism. Perhaps most notable in the broad shift towards sustainable packaging and the clamour for products that provide healthy functionality, brands have taken note of a class of consumers that are conscious, connected, and willing to reward brands that align with their ethics.

At the forefront of the minds of both consumers and industry alike are sustainability and the issues of plastic and waste. With environmental issues as a whole finding increasing purchase in the public conscience, it is becoming vital for manufacturers to develop sustainable packaging solutions and for retailers to take a stance against plastic.

This is pushing companies to not only reduce their waste and plastic usage but also to look into new areas such as compostable packaging. Although progress has been incremental, there is a sense that we are starting to reach a tipping point.

“The younger generation is calling for the packaging industry to rethink its relationship with flexible packaging, which most of the time isn’t even recyclable, let alone compostable,” says Merav Koren, VP of marketing at TIPA. “Our own research shows 49% of Gen Z and 50% of millennials in the UK believe retailers are responsible for reducing plastic waste to benefit the environment. In addition, when considering the use of compostable packaging – which decomposes leaving zero trace in the environment – as opposed to recyclable packaging which ends up as plastic waste, 34% of Gen Z and 35% of millennials say they think compostable packaging is under-utilised by brands.

“As such, there is no doubt that plastic has become a critical issue for young shoppers. This shift in attitude is forcing the industry to change its ways; packaging manufacturers are realising that they can no longer benefit from using cheap and polluting materials like plastic without considering its end-of-life.

“Brands are also looking toward alternatives; Waitrose, for example, has adopted TIPA compostable packaging for its Duchy Banana range and has announced plans to make all plastic recyclable or compostable by 2025. Companies are dramatically cutting the amount of plastic packaging they use – and the shift in consumers’ attitudes are at the forefront of this change.”

The rapid pace of change has in no small way been driven by the accelerating digitalisation of culture and industry. With consumers increasingly connected and informed there is a growing expectation of transparency on the part of companies. When consumers can have almost any information at their fingertips within seconds, it makes the blind spots more glaring.

That information-rich atmosphere, in combination with a hyperactive media cycle, also makes it increasingly challenging for industry to maintain consumer trust. Consumers expect more and better of their corporations and they find out more quickly when said corporations don’t live up to those expectations.

TrakRap CEO Martin Leeming says: “Brands know that, in order to be successful, they need consumers to have confidence in their products; those that successfully cut through the messaging noise and let consumers know, in no uncertain terms, that they are working with the environment’s best interests at heart, will reap the benefits in the long term.”

Ultimately, the driving force for any business is going to be profit. Many of them have a responsibility to keep shareholders happy, setting a relentless drive for expansion and an ever-increasing pile of lucre. However, if this can be combined with an authentic push for more ethical, sustainable, and transparent practice, they are likely to reap the rewards of improved consumer loyalty.

Consider China’s drive towards clean energy. There should be almost no doubt that a significant motivation for the initiative is for the power (both political and financial) reaped from establishing itself ahead of traditional rivals as the world leader in renewable power. It doesn’t change the fact, however, that it is an ultimate environmental good for the country to make that transition. Consumers are unlikely to believe companies have suddenly given up on making money, but that does not mean they won’t accept a company making money through positive means.

Future-proofing for the consumers to come

It is perhaps best to consider the transformation being enacted as one to embrace from an entirely new perspective. Although it is commendable to make smaller-scale environmental efforts and add health-aligned alternatives to product ranges, the greatest rewards will be reaped by those able to rethink the entire experience and approach drinks afresh. Doing so will cater not just to the current emerging consumer sectors, but help future-proof for the consumers to come.

Laetitia Durafour, marketing and communications director at Crown Food Europe, says: “Millennials will certainly continue to leave their mark on the way products and services are consumed by voting with their wallet. However, we are also keeping our eye on the next generations of consumers in anticipation that they could be even more vocal about their requirements. That is why we encourage our customers to think about consumers across the spectrum and either focuses on the commonalities that bond the generations, like convenience or introduce nuanced products that target a select audience.”

It is worth considering the impact of younger consumers not just in the short term but also looking to the future. The values of millennials are likely to not just be passed on but taken further. Culture is experiencing a shift in speed, no doubt driven in large part by technology, and we are witnessing an accelerated emergence of ideology in the young. As much as millennials have driven attitudinal shifts on the part of companies, we are likely to see Gen Z (who may currently be anywhere from 23 to 9 years old according to general demographic delineations) push them further, faster and sooner.

“Gen Z holds particular influence both financially and socially,” says Tashi van der Waerden, senior strategist at Echo. “It’s expected they’ll become the largest generation of consumers by the year 2020. Moreover, they are key influencers within the home. We’ve seen repeatedly through qualitative research that it is the youngest members of the household who are creating the sustainability drive. Teaching the family to recycle, reuse and make better choices at the shelf. The next generation has high standards and brands will need to move swiftly to ethical manufacturing if they want to stay in business.”