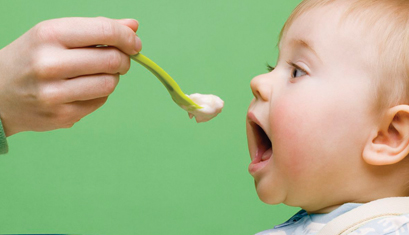 Malnutrition is the most common problem in the developing countries and the condition is particularly serious among infants. In many areas where prolonged breast-feeding is common, nutritional problems generally arise after the first year of life. Delayed supplementation and inadequate consumption of weaning foods are major factors responsible for malnutrition. Although breast milk is the perfect food to meet the energy and nutrient requirements of an infant up to six months of life, it is insufficient to sustain normal growth and needs of an infant, such as weaning foods. 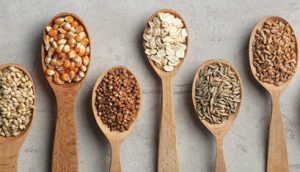 The word weaning comes from the word ‘weanion’ which means to accustom. Generally, weaning denotes a process in which semi-solid foods are introduced in an infant’s diet and thereafter, composition and consistency of diets gradually increase and breast milk gets completely replaced. Weaning foods are complementary- that is, they complement the mother’s milk. The basic purpose of introducing these foods is

A nutritionally adequate weaning diet is essential for achieving optimal growth and development to decrease the chances of morbidity and mortality among infants.

Characteristics of a good weaning food

A good weaning food should be high in nutrient density, rich in calories, adequate in good-quality protein, vitamins, and minerals, low viscosity, low bulk density and appropriate texture. The food, when stirred with cold, warm water or milk, should form a slurry or semisolid mass of soft consistency, enabling the child to swallow it easily. Weaning food should be precooked and predigested or processed in such a way that it needs minimum preparation before feeding and is easily digested by the child.

The composition of the food must follow the guidelines and standards recommended by competent agencies, such as the Bureau of Indian Standards. WHO recommends that infants must start receiving complementary foods at 6 months of age in addition to breast milk. Initially, they should be given complementary foods 2–3 times a day between 6–8 months and increase to 3–4 times daily between 9–11 months and 12–24 months. According to recommendations given by WHO, complimentary food should contain at least 15 g of protein per 100 g dry weight, and about 21% of its energy should come from fat. An imbalance of calories from different nutrients may affect the quality of the diet

With these requirements kept in mind, weaning foods are usually formulated using a mixture of cereals and legumes that guarantees a proper balance of amino acids to provide a complete protein. Staple cereal sources such as rice, wheat, jawar, bajra, ragi corn, sorghum along with other pseudocereals such as amaranth, quinoa, and buckwheat are generally used for the development of weaning food. These grains are an excellent source of energy contributing to 70-80% of the daily intake of the majority of Indians. Cereals contain 6-12% protein which is generally deficient in lysine and provides more than 50% of the daily protein intake. Besides providing a substantial amount of carbohydrates (starch and fibre) and proteins, they are also a good source of vitamins, minerals, and bioactive compounds.

The first weaning food a baby eats is usually a soft or semi-liquid food made from starch cereal (e.g. wheat, rice, maize, millet,), but a plain porridge prepared from cereal flour and water or milk is not sufficiently rich in energy and it lacks protein and essential vitamins. It is therefore important to add other foods, including legumes, such as protein-rich chickpea, cowpeas, mung bean or pigeon peas, as well as a spoonful of oil and/or sugar. To alter the high viscosity characteristic of starch-based gruels, various methods have been developed for modifying the starch structure to lower its water-binding capacity. Some industrial methods include enzyme (amylase) treatment, precooking or extrusion, and the traditional processes of germination and fermentation of grains and legumes.

Preparation of weaning foods based on some traditional technologies

Malted cereals – The process of malting has many technological and nutritional advantages for weaning food preparation. Malted wheat, maize, jowar, bajra and ragi contain a good amount of protein, vitamins, minerals and other essential components. Besides, malting helps in developing an acceptable taste and desirable aroma. Ragi possesses some special characteristics about their malting qualities and suitability for the preparation of weaning foods. It contains high levels of calcium, and its protein is rich in methionine. At the household level, the practice followed is generally to germinate cleaned ragi for one to three days, and the sprouted grains are then dried, toasted, and powdered to obtain the malt flour. The malt flour is cooked in the form of porridge and fed to the child.

Chapati/roti-based weaning food – Fresh chapatti is soaked in milk to soften them or mashed to give to the child immediately after preparation. Chapatis can also be dried in the sun or on a baking pan and can be powdered, packed, and stored for later use. When the powdered meal is added to milk or water and cooked, a paste is obtained which can be given as weaning food to infants.

Vermicelli-based weaning foods – Generally, vermicelli is prepared from wheat, rice, jowar, maize, or millet flours. Dough prepared from the mixture of flours is extruded through a perforated die of a hand-operated press. The strands thus obtained are called vermicelli which is then steamed and dried. The dried vermicelli is powdered and stored for the preparation of weaning food. It mixes well with water or milk and becomes a soft mass.

Rice flakes–based weaning food – Rice flakes (poha or beaten rice) are cleaned and toasted mildly to lower their moisture content and increase their crispiness, and then powdered. The flour can be used as such or mixed with toasted green gram flour and puffed chickpea flour to make the weaning food. The food is then cooked in milk or water before feeding.

A variety of processed weaning foods are available in the market. For example Farex, Nestum, Cerelac. The role of these processed foods will vary in different circumstances. The rural population, they have little relevance, but in urban areas, they are widely used by the high-income as well as middle-income families, especially by the working mothers. These foods are convenient and easy to prepare but generally higher in cost.

Breast milk is adequate to meet the energy and nutrient requirements of an infant up to four to six months of age, thereafter it needs to be complemented with appropriate energy-dense foods that can ensure satisfactory growth and development of the children, such as weaning foods. These foods are specially designed to meet the particular nutritional or physiological needs of infants and are expected to address the gaps between the daily energy and nutrient requirement of infants and the amount obtained from breastfeeding. A variety of weaning flours are commercially available with high nutritive value, which is directly used for instant preparation of gruels. However, in many developing countries, these products are beyond the economic means of the majority of families, so traditionally cereals based weaning foods made from locally available staples are more popular.

Abeshu, M. A., Lelisa, A., & Geleta, B. (2016). Complementary feeding: review of recommendations, feeding practices, and adequacy of homemade complementary food preparations in developing countries–lessons from Ethiopia. Frontiers in nutrition, 3, 41.