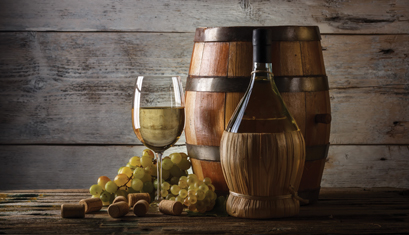 This year’s range is +45% to -30% which is a colossal spread of 7,500 basis points. In essence, it is a bit of fun with the winner earning something nice and bubbly from Liv-ex.

We are all on the much firmer ground looking at the performance of the 2010s as they reach their first decade, and there will be a series of reviews this year reminding everyone of how fabulous they are. That they are fabulous on the palate has never been in dispute; but how fabulous are they now from an investment perspective?

Not only have the 2010s in Bordeaux performed poorly since release with nearly half of the Liv-ex 500’s 50 constituents trading below their release price according to a brief note released recently by Liv-ex, but the first growths, in particular, have declined.

Right Bank first growth ‘equivalents’ like Cheval Blanc and Ausone feature among the fallers (the elevation of Pavie and Angelus to Grand Cru Classé A since release of their 2010s guarantees their position amongst the risers), as does La Mission Haut-Brion.

What we find very interesting is that Le Pin has outstripped all to a price rise of 95%. Why might this be? Did Pin release at a more respectable price than the others? Nope. Not at all. Like nearly everyone, it released ex-château at a 10% hike on 2009 levels. The difference, we believe, is entirely due to the consequence of volume, and the mechanics of the market place.

The 2010s were priced en primeur in the late spring of 2011, only a month or so before the market correction. As a point of comparison, 600 cases of Le Pin 2010 had been priced at the top of the market, as against about 16,000 cases of Lafite. The question we must now explore is where they all went, and what has become of them now?

In the case of Le Pin the answer is likely to be that the 2010s went in much the same direction as the 2009s and the 2008s before them. These had long been collectors’ items, so irrespective of the ill that was to befall the market by the summer, it is unlikely that too much will have found their way back into the market either then or when they became physical in 2013.

This, in fact, is what happened to the price of Le Pin 2010 when they became physical, and subsequently:

What happened here is that Robert Parker upgraded from an in barrel score of 96-98 to a perfect 100 when it went into bottle, so you have the combination of tightly held supply and a healthy upgrade. So what of a wine in greater supply with a perfect score?

‘Mission’ is hardly produced in prodigious quantities, making around 7,000 cases a year, but there is a huge difference between 600 and 7,500 cases in terms of where it ‘ends up’. Quite frankly, any producer making thousands of cases is more concerned with getting it off the balance sheet, than where it goes, and the same goes for the négociants.

All this means that for most producers in Bordeaux there was no control over where the wine went, which made the market prey to the speculative element from Asia which we know had become highly significant by this time. And the consequence of this is simply that if you get caught re-selling a bottle of DRC it is ‘woe betide’ as regards getting an allocation next year, for larger producers it is out of their control entirely.

This brings us back to the 2010s. How long does it take for speculators to offload excess supply? Unfortunately, the wine market lacks statistical evidence to allow for an accurate answer to that question, so it’s pretty much guesswork. This is the price chart for Château Lafite 2010:

Have all the loose holders been shaken out? Lafite makes between 15-20,000 cases per annum. That’s a lot by the standards of Le Pin and even of La Mission Haut-Brion, but in seven years you would think there would not be much left ‘in the wrong hands’. The price chart suggests that by 2016 much of this selling had been done, but by our algorithmic measurements Lafite 2010 has been good value for a while, so there has clearly been an ‘after-effect’.

We await a catalyst to light the blue touch paper under wines such as this, and maybe the reviews of this great vintage will provide just such a spark.

Author is head of research at Amphora Portfolio Management. After a career in the City running emerging markets businesses for such investment banks as Merrill Lynch and Deutsche Bank he now heads up the fine wine investment research proposition with Amphora.