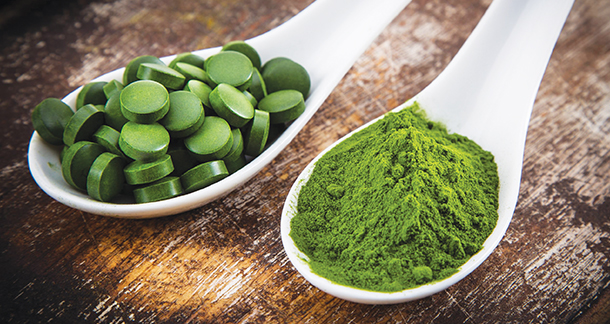 Growing consumption and thus growing demand for health foods has driven the focus towards the development of novel foods to ensure sustainable production and consumption of protein foods. In this sense, novel proteins are categories of novel foods that are derived from insects, foods from plants/others with modified chemical structures, food from cell cultures of animals, plants, algae, or fungi, and/or food or ingredients produced from fungi, algae or microalgae. The alternative sources of proteins in this context include algae, fungi or insect-based ones that are produced by innovative processes to improve nutritional properties, remove undesirable components or have a desirable ecological impact. Globally, food producers and policymakers are looking to favour the growth of the novel protein market.  This article reviews the insect, algae, and fungal-based novel proteins – key market segments in which these ingredients find a place and the growth potential of the novel protein market in the Indian market in comparison with the global markets.

Nutritional facts about novel sources of proteins such as seaweed and microalgae and other fungal sources, in comparison with other protein sources, are astonishing. These sources also have a higher yield per hectare than their plant/animal source counterparts. One acre of insect farms can generate protein source in one-day equivalent to 130 acres of soy plantation in 3 months. Protein sources like algae, yeast, and edible insects leave an exceedingly small ecological footprint compared to their animal counterparts. Thus, alternative protein sources are considered more viable having high growth potential considering the sustainability argument.

Considering the nutritional aspects edible fungi, edible insects and algal sources are rich in protein up to 70% and fibers up to 30%. They are also rich in peptides, and polysaccharides and contain a well-balanced amino acid profile. Edible insects contain up to 50% crude proteins and up to 35% lipids rich in unsaturated fats. Spirulina is one of the richest forms of algal proteins and contains up to 70% proteins which is three times more than bovine meat. Fungi contain 40% protein, rich in fiber, and are devoid of cholesterol.

Production and Supply of Novel Proteins

Growing awareness of the health of humans and the environment, and consciousness about climate change have contributed to the growth of the novel protein market globally. The global algal protein market is reaching a value of USD 771.3 million in 2021-22 and is growing at a CAGR of 6.6%. It is expected to reach USD 1.1 billion by 2027. North America dominates the market in terms of production volume (>90%) followed by Europe (about 1%). The market is highly fragmented and comprises several small players supplying to biofuel, feed and fertilizer segments. Spirulina is one of the most cultivated algal species, the market size of which is USD 969 million and growing at a CAGR of 13.2%. Its application has been seen in supplements, functional foods, beverages, feed, and others. Some of the major players in the algal protein space include C.B.N. Bioengineering, Cyanotech Corporation, Fuqing King Dnarmsa Spirulina, Gong Bih Enterprise, Algenol Biotech, Far East Microalgae Industries, Sun Chlorella Corporation, Taiwan Chlorella, and Tianjin Norland Biotech. An increase in malnutrition globally and a growing vegan trend have also risen the demand for alternative nutrition. Since algal and fungal protein supplements are believed to support the immune system and health, the market is expected to take a steady growth in the regions including Asia Pacific and China.

Global fungal protein market crossed USD 4 billion in 2021-22 with a CAGR of 7.6% and is expected to reach USD 6 billion by 2027. The production is dominated by Europe and is exported to several regions majorly North America. Most of the sales happen through distributors, retailers, and e-commerce platforms. Some of the leading players in the fungal protein market include AB Mauri, Angel Yeast, DSM N.V., Lesaffre Group, Alltech, and Lallemand, Inc. Otherwise, Biospringer, Kerry ingredients, Leiber, Synergy, Halcyon, Specialty biotech, Biorigin, Sensient Technologies Corporation, Oriental Yeast and Mycotechnologyare some other players seen in the market. Several new entrants are expected to come into the space considering the rising demand for fungal protein ingredients in functional foods, baked goods, pet foods and other segements.

Likewise, the growing edible insect protein market is valued at USD 154 million in 2021-22 and is projected to reach USD 453.3 million at a CAGR of 24.1% by 2027. Insect-based proteins are seen to find usage in animal feed, poultry and shrimp feed, pet food, cosmetics, medicines, supplements, and functional foods. Insect proteins are generated from organic wastes and are hence considered an option to process wastes into high-value protein. Besides, high-quality protein and fat profiles also support its usage in pet foods and animal feed.

Several new entrants are seen to produce novel proteins in India. EID Parry, NB laboratories, and others have been growing food and pharma-grade algal proteins since 2015. Various other small players such as the Algal biome, Algabrew cultivate spirulina, chlorella, and other microalgae species. Besides, algae cultivation is also seen among marginal farmers and unorganized players as a cottage industry in India.

INSECTIFii India and Loopworm India are some of the players in the Indian edible insect protein space for three years. They supply products such as Aquaculture protein meal, Poultry Protein Meal, Insect Oil, and Live larvae of BFSL (Black Soldier Fly Larvae). Such start-ups in India are working on a pilot scale and reaching out for investments to scale up for both domestic and export markets. Fungal protein production is not widely seen in Indiawhich is likely due to price differential, low domestic production, and excess cost of imports. Titan Biotech Limited Company produces pharma-grade yeast proteins.Yet its use has not been widely popular in other segments of the Indian market.

Alternatives protein usage is emerging globally considering the nutritional aspects and the least ecological impact. Yet most of them are diverted into feed, biofuel, and other segments rather than food and health supplements. This is majorly due to the stigma about the sources and the stringent regulatory regime that prevails. Further excess costs of purification and extraction and lack of sound technical expertise about the process and the technologies that act as limiting factors.

Source: F1rst based on analysis

Algal proteins are majorly used in feed and biofuel segments. Algae also go into sports nutrition, supplements, clinical nutrition, and functional foods. Products such as high-pressure processed beverages by coco-cola and algal-based powders as probiotic blends are available in the North American markets. Ready to Drink processed beverages, and algae-based nutribars are available in European markets. Currently, among the algal protein sources, Spirulina is preferred the most and is widely used as supplements, food, and feed, while chlorella and other seaweed and microalgae species are cultivated in smaller amounts. Some players such as Algabrewuse algae-based coatings for confectionery products.

About insect proteins since it’s considered a viable substitute for soy meal and other plant-based feed and fodder in pet food and fodder categories the demand is on the rise. North America followed by Europe is dominating in terms of production. Gradually several countries in the Asia-Pacific also are emerging as producers with a continuous rise in the investments in the space. It is foreseen that insect-based protein would be considered a superfood. One Hop Kitchen Inc, a young startup based out of Canada includes insect proteins, mealworms, and crickets in food products. Other firms like Nutrition Technologies (based in Bangkok, Thailand), Asia Insect Farms Solutions (Based in Singapore) and Protenga (based in Singapore) also provide products such as insect proteins oils, powders, and frass products. New generation chefs in fine dining space are working around edible insects in the Asia Pacific. The insect protein market in India is still in the pilot stage and mass consumption is not seen yet.The usage is widely seen in feed and pet food segments due to several nutritional and sensory properties offered.

The costs of algal, fungal, or insect-based proteins are all comparatively higher than the plant/animal protein sources such as soy protein isolates owing to increased production costs, costs in implementing technology, and research costs. Excess pressure across novel protein markets is seen to cope with the prices of plant/animal proteins which is the major limiting factor. Food grade ingredients and supplements are priced higher and vary depending on cultivation methods for algal proteins. Raceway pond cultivated ones were priced lower than photobioreactors and organic cultivation farm materials. Spirulina costs about USD 20 to 55 in North America and about USD 35 to 55 in Europe based on quality and processing method. Fungal proteins cost about USD 8 to 12 and insect proteins are priced at about USD 60 -100 in Europe and North America. In India, the cost of algal proteins would come up to INR 400- 500 for feed grade and up to INR 4000 – 6000 for organic supplements. 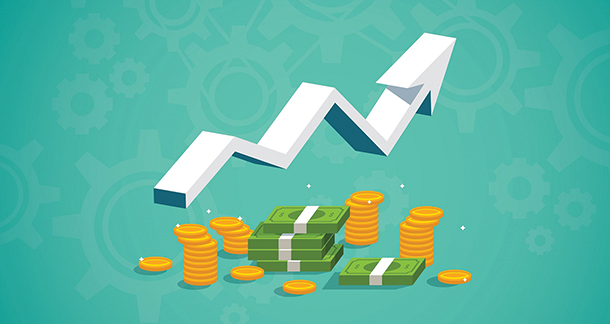 Legislation and permitted claims for alternative proteins in India

Fungal Proteins: As such, no regulations govern the usage of fungal proteins in India, yet yeast-derived proteins are to be used in adherence to Good Manufacturing Practices (GMPs) that is the usage should be as low as possible

Algal Proteins: Permitted per day Usage Limit for Spirulina (algae) from Spirulina platensis (Arthrospira platensis) is 500 – 3,000 mg/day. Also, Protein should be a minimum of 55%, carbohydrates (max.)-30%, fats (lipid) – not more than 10%, minerals (ash)-5-10%, moisture- 3- 6% (also fatty acid profile to be mentioned on the package).Certain seaweed and microalgae-based ingredients such as agar, alginic acid, carrageenan, Propylene Glycol Alginate, sodium alginate, etc. are permitted as thickeners and stabilizers. Processed Seaweed Eucheuma (PES) is permitted for use in Dairy Products and Analogues as Thickener, Stabiliser. The companies should follow GMPs ensuring such usage.

Insect Proteins: As such, no regulations govern the usage of insect proteins in India, and their usage is limited to feed and pet food where companies are expected to follow the GMPs.

Opportunities and Challenges in novel protein space in India

Despite of a higher yield per hectare, high nutritional values, and bioavailability, alternative protein sources are limited to pet food and animal feed in India. Yet penetration of novel proteins is slowly rising in India due to increasing concerns about sustainability and the lack of available nutritional sources. Consumer perceptions and stigma about protein sources leave a gap between production and consumption. Regulatory setup globally and in India plays a vital role and sets barriers in leveraging such protein sources for food production. Due to various certifications required by food producers also the sector faces challenges. Additionally, for fungal and algal proteins protein growth, extraction and purification technologies are accessible only to limited organized entrepreneurs. Regarding insect proteins, collection of organic raw materials for insect rearing, attracting investments, finding new market opportunities and lack of research facilities are barriers to overcome.

Even though, there exists a stigma about insect sources or algal sources various agro farmers perceive that these are natural sources of proteins for animals. Hence, its widely accepted by the farming community as feed and other sectors especially pet foods and health supplements. Algal proteins such as spirulina are widely used in health supplements segment. Insect proteins are used as shrimp feed, aqua food, and poultry feed. Various leading pet food brands like Mars have also been using insect proteins into their products due to the benefits such as rich protein content, bioavailability, and better digestibility, thus opening new market opportunities and potential for growth.

Novel protein market is emerging and is set to open new opportunities for the near future. Owing to less ecological imprint alternative proteins are seen as viable options and is seen to have higher growth potential globally. In India, growth potential is high, and many new suppliers will be seen supplying in better prices and quality on par with the global demand. Moreover, a shift from soy-based or animal protein-based meals toward alternative proteins is more likely to be witnessed in the animal feed segment.

*Author is a post-graduate in Food Technology and Management, and a Research Analyst at F1rst. She can be contacted through meenakumari@firstmr.com.