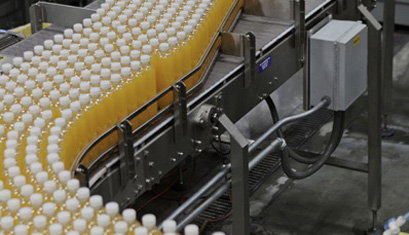 To give you an idea of the scale of counterfeiting within the global beverage industry, earlier this year Interpol reported it had seized a staggering one million litres of illicit drinks across 57 countries as part of an operation Opson V.1Some 10,000 litres of fake or adulterated alcohol were seized in the UK, while 36,000 litres were seized in Burundi, highlighting the fact that counterfeiting is common in both developed and under-developed countries.

All areas of the beverage industry are affected by counterfeiting. Energy drinks such as ‘5-Hour Energy’ have been replicated, for example, with the company recently being awarded a $20m plus summary judgement against three defendants in total, while counterfeit soda syrup allegedly sold as Coca-Cola has seen law suits brought against a beverage distributor in Louisiana. Even water, our most basic necessity, is subject to counterfeiting, but it is alcohol that is most counterfeited and diverted due to higher costs (product plus stamp tax).

In the UK last year, shortly before New Year’s Eve, The Mirror reported that thousands of litres of counterfeit vodka had been seized from a factory in Wigan2. The fake spirit represented £1.7m in unpaid duty but, more seriously, if consumed could lead to blindness, coma or even death. The importance of preventing such products from entering the retail supply chain cannot be stressed highly enough.

The Issue of Diversion

Counterfeiters bring product to market through illegal channels, therefore the manufacturers lose revenue through original products not being purchased and governments lose tax revenue which would otherwise be charged on these products. Diversion is the transfer of authentic product to unintended points of distribution. Often, these products are kept in poor storage conditions and are frequently doctored and cut with other ingredients. Doctoring of products can result in adverse effects similar to the ones described for counterfeiting but the products could be difficult to detect, particularly because original packaging is used in diversion vs. counterfeiting.

How can coding and marking help to combat these issues?

We recommend manufacturers to use a multi-layered approach, such as smart coding in conjunction with overt or covert coding. Smart coding enhances a basic lot or batch code by altering and verifying specific characters within it, using algorithmic software. By simply removing the centre dot of ink from an ‘X’, for example, you make your codes far more difficult for unauthorised parties to replicate.

Overt coding, such as laser marked codes, are permanent and it is therefore, nearly impossible to remove by third parties, while covert codes are completely concealed to all but authorised distribution partners. Both Ultraviolet (UV) and Infrared (IR) inks can be applied using Continuous Inkjet or Thermal Inkjet technology. These covert codes are then read using available vision technologies.

At the shipping case level, large character inkjet marking (LCM) is able to print high quality images and codes – such as bar codes – directly onto the case. When combined with the appropriate software, when a bar code is scanned by an authorised retailer, receipt information is electronically recorded. The addition of smart codes throughout the process – from pack level through to shipping case – means products can be verified without the need to open the case itself. All of the information is stored within this final code. This aggregation process is a key element to securing supply chains and adding much needed visibility.

Looking to the Future

Earlier this year, the Organisation for Economic Co-operation and Development (OECD) reported that trade in counterfeit goods has increased by over 80 percent in the last five years3, and this growth is expected to continue. The risk to global brands continues to increase, as does the threat of consuming counterfeit products. In certain industries, such as Pharma, track and trace and serialisation initiatives have been launched by governments in order to minimise diversion and counterfeiting; coding and marking solutions are essential tools for pharma manufacturers to meet these initiatives. While no such similar legislative requirements exist for the beverage industry, manufacturers can utilise coding and marking to decrease the probability of their products being diverted or counterfeited.

The benefits of doing so ahead of the regulatory curve are very clear. Not only do you minimise the risk of profit losses through counterfeiting and diversion, most importantly you help to safeguard the wellbeing of those that matter most – the consumers buying your products.

* The author is Global Marketing Manager at Videojet Technologies