Clean Label in a Modern World – the Case for Emulsifiers 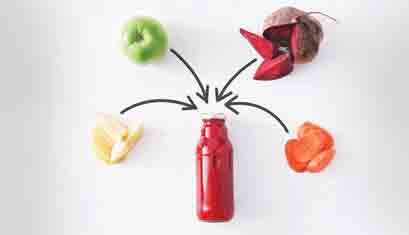 Clean label is a broad term that is used in a B2B environment, between ingredient suppliers and food producers to describe characteristics of ingredients, but with less precision than other terms such as “organic” or “non-GM”. Clean label can mean the following things –

Here we come up with the exact point at which a label becomes “clean label”. In a well-attended webinar, poll results showed a preference for regulators stepping in to define this term.

Do you think regulators should formalize a definition of “clean label”?

61% of the respondents were positive

This is a matter of thought since similar attempts earlier have also met with consumer resistance subsequently. E-numbers were developed for the purpose of improving consumer confidence by assigning numbers based on the level of confidence regulators had on their safety. Over time, these E-numbers were viewed with mistrust by consumers and the “clean label” trend emerged. Hence, regulators getting involved in defining the term as well as ingredients that could be part of this trend, should be carefully considered by all stakeholders.

Emulsifiers compete with physical emulsification techniques in various food matrices. Homogenization, ultrasonication, colloidal mixing and other physical methods may help to create emulsions of varying degrees of stability. These can be used in isolation or in combination with the synthetic/natural emulsifiers. Just the physical methods themselves could lead to a “clean label” product. A significant advantage that emulsification has over other characteristics such as flavor, sweetness or color – ingredients being indispensable for these functions.

In the face of competition from physical processes, emulsifiers that can tap into the “clean label” trend must satisfy many criteria. The presence of E-numbers for many of the popular emulsifiers are a problem. This is exacerbated in the case of lecithins, which despite being natural and sometimes having a healthy positioning, suffer from

Upcoming emulsifiers are considered natural and can be broadly classified under proteins, starches, fibers, enzymes and other blends. These natural alternatives are familiar to the food producer as well as the consumer. Their versatility and cost in use, as an emulsifier are still a matter of conjecture. For example, soy protein isolates do not have a measurable HLB value and can act as an emulsifier only in specific applications. These can be significant hindrances.

A broader range of applications are already tried and tested for the established emulsifiers. This begins to reduce when the new “clean label” emulsifiers are considered. This is due to the two factors already mentioned – cost in use and measurable emulsification property.

Citrus fibers are typically 3 times the price of a sunflower lecithin. Sunflower lecithins have a price range of USD 1.1 – 1.4/kg which can go up to USD 3.0-3.5/kg for citrus fiber. Even at the lower limit of dose, cost in use is already three times. For the purpose of emulsification citrus fibers may also be used at twice the dose of lecithin which increases the cost further.

Positioning of the new “clean label” emulsifiers is also a key question. At the dose required for emulsification, it may not be possible to claim the main health position of a fiber or a protein. At higher dosage they may not perform the emulsification function properly.

Hence, we have to ask the question as to how ingredients should be positioning in the market.

Do you believe ingredients should not project multiple functionalities, i.e., stick to doing its main function very well?

49 % of the respondents were positive and 51% were negative

As is visible from the poll responses above, the opinion is divided. But, for the purpose of success of emulsifiers as “clean label” solutions, the positioning needs to be definitive since it is dependent on dosage.

The final word therefore is that in a complicated environment where the very term “clean label” needs to be defined properly, the field is open for many new ingredients to leverage the ability to create emulsions and straddle technical as well as health functions. Proteins seem to be the popular option to become successful next generation clean label emulsification solutions.