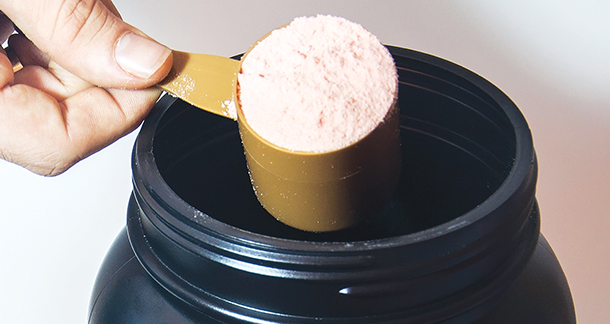 Different types of protein and their well-regulated consumption have gained importance all round the world in last couple of decades. Foremost reason being awareness about human nutrition and our body’s daily nutritional needs. Don’t we hear often that ‘Proteins are building blocks of life’, because they play a fundamental role in structure and function of every cell of body. Proteins are complex molecules made by linking amino acids in long chains. There are 9 essential amino acids and 11 non-essential amino acids. Essential amino acids are ones that cannot be synthesized by the human body and can only be consumed through proteinaceous foods. Foods with rich amount of protein include- milk, meat, fish, eggs, pulses, legumes.

Milk is considered as a Complete Protein or ahigh-quality protein as it supplies all the essential Amino acids in the proportion the body needs. Milk is composed of water, fat, proteins, carbohydrates and minor bioactive components. In recent years, the constituents of milk have gained the status of functional foods suggesting their positive effect on health outcomes. Milk contains two major protein types- Casein and Whey protein.

Casein is the main proteinaceous component of milk constituting 80% of total protein inventory in cow’s milk. Post pasteurization of milk, it contains 20% whey while 80% casein. Casein is a protein that consists of five different types namely, alpha casein, beta casein, gamma casein, delta casein and kappa casein. It exists in milk in complex group of molecules called micelles. As per physical chemistry, these casein micelles are considered in milk as very stable colloidal dispersion.

Easiest and widely used method to isolate casein from milk is by acidic precipitation. At isoelectric point of 4.6, casein is precipitated from milk. During cheesemaking, specific enzymes like rennet are added to heated milk. These enzymes cause casein in milk to coagulate or change to solid state. The liquid substance left is the whey protein which is later washed and dried off to form whey protein powder. While, the remaining curds of casein are washed and then dried in a vibration drier where it is ground to particle size corresponding to 40, 60, 80 mesh and then packed in sacks.

Casein protein takes longer to digest than whey protein and so, is generally not preferred for post workout consumption, while the casein protein provides body with slow and steady release of amino acids during digestion. But this same slow digestive property of casein is beneficial to make one feel full for long time after its consumption and slow and better recovery of muscles post workout.

On the basis of its composition, proteins are divided into simple, conjugated and derived protein categories. Simple proteins consist only amino acids while the conjugated proteins consist amino acids as well as other class of compounds. Casein (Phosphoprotein) is one such conjugated protein. Apart from the benefits listed above, casein is known to have high phosphate content which indirectly leads to binding of significant amounts of calcium. Therefore, casein powders don’t just offer satiety or efficient muscle recovery but also deliver good amount of calcium.

Whey protein has dominated the nutritional supplement market causing the casein protein powders to go off radar. Only with proper understanding of chemistry of both these protein supplements and after recognising the type of protein needed for one’s body, an informed and smart decision should be made.