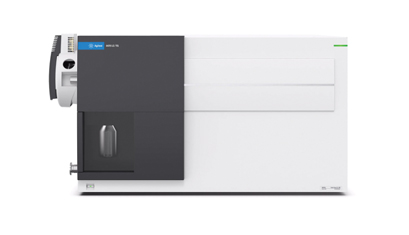 You need the Agilent fortitude for accurate and simultaneous quantitation of fat-soluble vitamins, ergocalciferol and cholecalciferol in Edible Oil. Vitamin D deficiency is one of the most common nutrient deficiencies and is a well-known cause of rickets, a bone disease seen in children. Taking vitamin D supplements has been shown to have numerous benefits related to cancer, bone health, mental health and autoimmune diseases. Vitamin D from the diet or dermal synthesis from sunlight is biologically inactive and its activation requires enzymatic conversion (hydroxylation) in the liver and kidney. Minor differences in the chemistry of side chains between the two forms of vitamin D results in differences in the site of hydroxylation and leads to the production of unique biologically active metabolites.

Ergocalciferol and cholecalciferol are two different forms of vitamin D and it is one of the essential fat-soluble vitamins that play a major role in many biological activities in the human body. A major source of vitamin D is sunlight exposure to the skin. Most people get their vitamin D requirements through a combination of solar conversion and by maintaining a balanced diet. Liver, fish, eggs and milk together with few other dairy products are rich in vitamin D. In dairy products, vitamin D exists as cholecalciferol. To maintain the vitamin D requirement of the population, ergocalciferol and cholecalciferol are used to fortify food ingredients in cooking oil as it reduce issues related to vitamin deficiency.

An analytical method was developed using the Agilent 6470 triple quadrupole LC/MS system with APCI ionization installed, to ensure accuracy and simultaneous quantitation of these vitamins. Sample preparation is based on saponification, followed by extraction with hexane. The evaporated hexane residue was reconstituted in methanol before instrumental analysis. The sample preparation involved a saponification process, which was the addition of concentrated potassium hydroxide to an ethanol solution of sample, followed by reflux heating at 70°C. This process breaks down the fat to release the matrix-bound vitamins. These released vitamins were extracted with hexane. The extracted hexane layer was evaporated completely and reconstituted in methanol.

Adopted APCI ionization technology in positive ionization mode reduced the matrix effect. Sample preparation was based on saponification of the oil sample followed by liquid-liquid extraction with hexane. The method demonstrated good reproducibility and decent recovery. This method can be adopted by commercial testing labs involved in the analysis of vitamin D, required for nutritional labeling of edible oils.

Daawat Basmati Rice Celebrates Relationships With #PehliDaawat Campaign
Amidst this lockdown, even though life has come to …
Read More

Starbucks Unveils Handcrafted Summer Beverage Portfolio to Beat the Heat
With an aim to celebrate the season of sunshine, …
Read More

ITC to Present 5 Star Kitchen Chef’s Special to Be Aired During Weekends
In a first-of-its-kind cooking experience, ITC Foods shares some …
Read More