A Quick Overview of Definition for Functional Foods Around the Globe 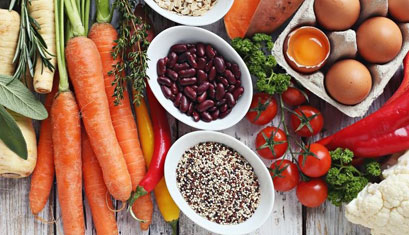 Now, you may feel the importance of a simple and common definition, right? In simple words, any food which provides benefits beyond the basic nutrition and may play a role in reducing or minimizing the risk of a certain disease. Example: Omega-3 Fatty acid-enriched Bread is a functional food.

Regulations of Functional Foods in India

In India, Food Safety and Standards Authority (FSSA), defines “Functional Foods”. This definition made to address the poorly regulated segment of Functional Foods and Nutraceuticals. Functional food is a very grey area wherein which there is no clear-cut definition. The definition given in Section 22 can create a big room for confusion.

So, in order to simplify, if any ingredients from Schedule-VI of  Food Safety and Standards (Health Supplements, Nutraceuticals, Food for Special Dietary Use, Food for Special Medical Purpose, Functional Food, and Novel Food) Regulations, 2016 added to food then it can be termed as a functional food.

Current US food regulations do not specifically address functional foods but, rather, include them in several categories within conventional foods, food additives, dietary supplements, medical foods, or foods for special dietary use. All of these falls under the category of amended Federal Food, Drug and Cosmetic Act (FDCA) of 1938 and are implemented under regulations from the Food and Drug Administration (FDA).

In EU food law, a regulatory framework for ‘functional foods’ does not exist. According to EU regulations, claims regarding the beneficial effects of functional foods only be“health claims” and not “medicinal claims”. For instance, claims must not state that by eating/taking the functional food, disease will be prevented or cured, only that it may help to improve health, possibly assisting in the avoidance of the onset of illness.

The regulatory frameworks of PARNUTS (foods prepared for particular nutritional purposes) or dietetic foods and food supplements may be applicable to some ‘functional foods’. The Novel Food Regulation applies to ‘functional foods’ that are ‘new’. The regulations are governed by the European Food Safety Authority (EFSA).

Japan is the pioneer nation in the area of regulating functional foods. The concept of Foods for Specified Health Use (FOSHU) was established in 1991. Foods identified as FOSHU, must be approved by the Ministry of Health and Welfare after the submission of comprehensive Science-based evidence to support the claim for the foods when they are consumed as apart of an ordinary diet. As per the FOSHU Act, functional food can have three functions:

In Australia, medicines/func-tional foods are referred to as ‘complementary medicines’ and are regulated as medicines under the Therapeutics Goods Act, 1989, which was implemented in 1991.The law is governed by the Department of Health and Ageing and the definition covers herbal medicines, vitamins and minerals, nutritional supplements, homeopathic medi-cines, aromatherapy products and traditional medicines.

The legal definitions for functional foods are somewhat dissimilar in different countries. For example, in Japan, functional foods are defined according to their use of natural ingredients. In the US, however, functional foods can include ingredients that are products of biotechnology. In India, functional foods can include herbal extracts, spices, fruits and nutritionally improved foods or food products with added functional ingredients. This suggests the requirement of harmonized definition. Harmonized definition helps the consumer, regulatory bodies and Industries. But there are efforts happening around the globe for a standard definition. For example, the definition provided by Functional Food Center, Dallas, USA.“Natural or processed foods that contain known or unknown biologically-active compounds; which, in defined, effective non-toxic amounts, provide a clinically proven and documented health benefit for the prevention, management, or treatment of chronic disease.”This definition is a wholesome approach that includes the concept of functional food from Japan, USA and other countries.