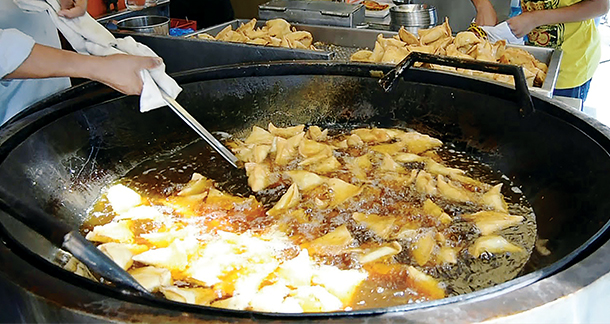 Oil has been an indispensable part of cooking in India. Whether we are frying pakoras, samosas, jalebis or adding additional aroma by tempering our cuisines, oil plays a dominant role in making it delicious and giving it an appropriate texture.  However, the oil used to prepare such delicacies are often reheated and used many times in eateries and restaurants as well as homes too. Unfortunately, it has been quite an apparent practice. Numerous studies show that when cooking oil is reheated it releases deleterious toxic substances thereby increasing free radicals in our body which ultimately leads to inflammation and severe chronic ailments.

Notably, Food Safety and Standards Authority of India(FSSAI) guidelines state that the re-heating should be avoided and in case you have to reuse oil, a maximum of three times is permitted to avoid formation of trans-fat.

The guidelines further connotes that the “Re-heating and reuse of oil should be avoided as far as possible. Avoid using leftover oil wherever possible. However, vegetable oil having developed Total Polar Compound more than 25% shall not be used.” However despite consistent notifications and guidelines it is a matter of concern that most of the food business operators use reheated cooking oil repeatedly.

Ideally, the vegetable oil must be discarded after using it for four times as the reheated oil leads to formation of free radicals that causes oxidative stress which further elevates the levels of glucose, creatinine, and cholesterol in the body.

The repeated frying of food items alters Polyunsaturated Fatty Acids (PUFA) molecules present in the oil resulting in the formation of oxidized monomers, dimmers, and polymers which further break down into toxic Malondialdehyde which can lead to cancers and coronary heart ailments.

It is pivotal to educate FBOs and consumers as well regarding appropriate usage and disposal of cooking oil. 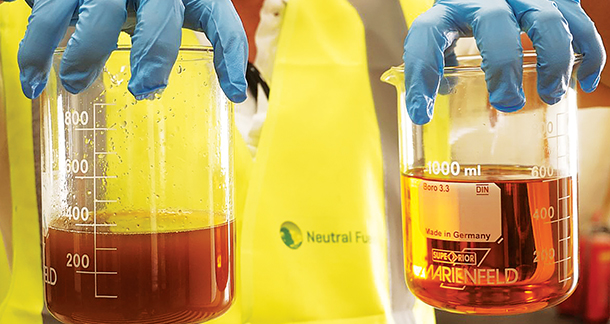 How UCO Jeopardizes Our Environment?

UCO and Cooking Oil analysis and testing at Auriga Research

Our NABL accredited and FSSAI recognised laboratories in pan India locations are fully equipped with avant garde technology with teams of experts to test cooking oils and Used Cooking Oils(UCO). We provide testing facilities for trans- fat in cooking oil, rancidity, peroxide value, saponification value, iodine value, acid value , Rancidity,fatty acid profile, Hexane by Gas Chromatography with reference to AOAC International. We use IS 548 Methods of Sampling and test for oils and fats.

*A prolific inventor, pharmacist, scientist, technophile, and visionary entrepreneur. He has been leading the contract, testing, certification, and research business at Arbro and Auriga since 2005 with labs in seven locations. Invented, patented, and commercialized SNEC 30, a scientifically advanced curcumin supplement; Founder of Food Safety Helpline; Founder and Mentor of Lab-Training.com