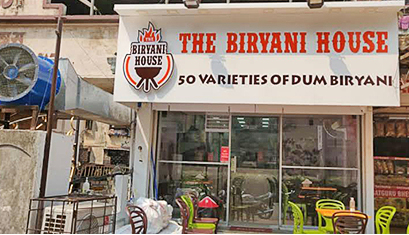 It is India’s only organisation that offers more than 50 varieties of Dum Biryani and allows their customers to choose their delicious taste from their wide offerings and varieties relish a different taste on every order. It also strives to deliver hygienic food which is value for money in the fastest possible time.

Vikas Sonawane and Arun Haribhau Kolhe, master franchisee, said, “After running a successful outlet of fast food we thought of venturing out more into food industry and found the Biryani House more viable way of flourishing entire Pune district where we will start with one dine-in outlet of The Biryani House and then opening further franchise in the region with the help of the brand.”

Sarvesh Chaubey, chairman – The Biryani House, said, “We have brought Mughlai cuisine to fast food by introducing Biryani Roll (First Time Ever in The World). Biryani is the most sold item in India and our aim is to capitalize the major stake of the market by opening 250 Master Franchises by 2026.”