Scoops, Touch of Purity and the Sweetness of Health 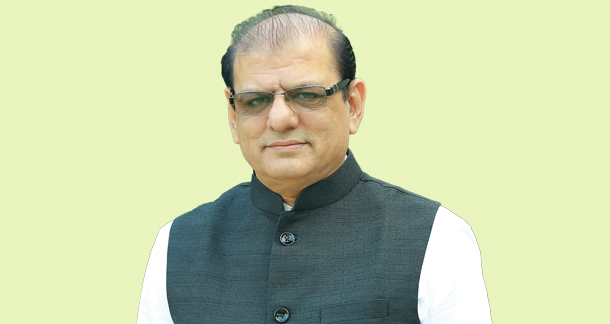 Sudhir Shah, Managing Director, Scoops Ice Cream and the President of Indian Ice Cream Manufacture Association, has  first hand experience of the ice cream industry and has seen the industry grow from strength to strength. He shares his insight of the industry; the beginning of his ice cream brand; activities of the IICMA and much more.

Q. Scoops Ice Cream is a part of the Haridwar Group of Hotels. Could you shed some light on the group’s business activities and the birth of the ice cream brand?

Scoops Ice Creams was introduced in 1989 by the Haridwar Group as a strategy to introduce quality ice cream exclusively at their group of hotels. The immense popularity that the brand earned soon after its introduction laid the foundation for what was to be a remarkable story of success and sweetness.

Scoops captured significant market share by introducing parlours and offering franchises. It has now become the undisputed leader in the parlour segment. We further strengthened the quality of our products and increased production using world-class techniques and machinery brought in from Italy, Denmark and other countries in Europe. Scoops has emerged as a pioneer in using improved methods and strategies to change the way ice cream is manufactured and consumed.

New ranges are in the works, like Temptations, that are being introduced to bring new flavours and products to the customer.

The significant difference between veg and non-veg sources is the use of egg and egg products.

Q. In the initial years, how difficult was the journey as the consumption in India was low? What convinced you to launch an ice cream brand?

Kulfi, as you know, is considered the traditional ice cream of India. It originated here in the 16th century during the Mughal Empire. Mughals used relays of horse riders to bring ice from the Hindu Kush to Delhi, where it was used in fruit sorbets. So, in India, Kulfis and ice lollies were the first ice creams we had.

Scoops started making ice cream in 1989 only for Haridwar Hotels. Back then, we only had a batch freezer with the capacity of 5 litres per day.  It just so happened that our customers liked our ice cream so much, they would come to our hotel just to taste it.

So, between 1990 and 1995, we continued to increase the capacity of our ice cream production. However, we still couldn’t meet the tremendous demand from our customers.

Then we moved to a new set-up at Koti in the Haridwar campus and started making ice cream professionally. Production continued in the same area till 2010, which is when we realised, we needed to expand once again.

We continued to add and upgrade our infrastructure to our current capacity of 60 to 70 thousand litres per day.

We never compromise on the quality of raw materials, packaging materials or any other aspects of production. Often, we have had to deal with losses in our business, but we still never let that affect the quality of the product. Offering the very best has been the backbone of our business, and keeping this high standard is the secret of our success.

Q. Over the years, how much change has come in the science of ice cream manufacturing? What kind of machines and equipment do you use? Are they imported or sourced indigenously?

In the initial phases, we have started making ice cream with manual batch freezers. Between 1996 and 2006, we  upgraded our freezers from batch to continuous freezers. Following that, we upgraded our continuous freezers from manual to the digital PLC system to achieve greater operational accuracy over the next 7 years. Then, between 2014 and 2021, we upgraded all our machines to the newest generation. Now, they are equipped with Artificial Intelligence to automate accuracy, precision, and power-saving, among other factors. We recently purchased the latest generation of robotic machines to make ice cream digitally in different shapes and sizes.

Q. What is the difference between scoops and temptation brands?

We have three different verticals that bring ice creams to customers.

At Scoops, ice cream is ready to consume. It’s pre-packed at the factory.

Like is the vertical that has sundaes, novelties, sticks and extrusion products with names like Mega Star series and Froops series.

Q. The consumption of ice cream in India is still low (400 millilitres) per capita. What steps will the Indian ice cream manufacturers association take to promote and popularise ice cream amongst the masses?

There are several reasons why there is low per-capita consumption of ice cream in India.

First, there are large sections of urban areas where people have low incomes. The second is that people may not be aware of the product.  Third, there has been a lot of negative propaganda by the media over the last year and a half.  Another reason is a relatively weak refrigeration network across the country. Finally, the power supply in rural India can be very erratic or absent for long periods.

However, IICMA has a plan to popularise ice cream over the coming months and years.

We are conducting ice cream exhibitions every year to maximise the participation of all interested parties. The IICMA has made a concerted effort to publish ice cream magazines to raise awareness of the new trends in the ice cream sector. The Association has also started membership programmes where any interested party can join to resolve their queries.

We have also organised the All-India Ice Cream Competition in association with IDA to motivate ice cream manufacturers and understand new customer requirements.

Q. You have a presence in southern India. Is it a conscious decision to stay away from other parts of India?

South India is one of the biggest and minimally touched ice cream markets compared to the North Indian market. We are continuously growing in the existing market, and this is considered a significant achievement. We can move to other parts of India once our product demand is saturated in the current territory.

Q.  What are the marketing activities that you undertake to promote your brand?

We are promoting our brand through social media, print media, electronic media, banners, hoardings and other below-the-line media.

Q. You also have catering services for ice cream. On the face of it, it looks like an exciting business proposition. How is that market growing?

The catering market is growing continuously. It’s one of the most compelling segments of selling and advertising. People get to taste our ice cream when it’s served at functions. They are often so impressed by our products, they hire us for their parties. It’s experiential marketing at its best.

Q. How did Covid impact the business? What are the steps that you took to overcome the challenges?

Yes, the industry has suffered a lot. However, due to a particular awareness programme, customers were comforted that eating ice cream will not put them in danger. Since then, the industry is slowly coming out of the adverse effects.

For the year 2021, we ran more campaigns for the public with the help of technical and health experts. Manufacturers are sharing videos of their factories with their customers to show how food hygiene is maintained. We’ve also recommended that manufacturers promote take-home packs instead of open packages to save time and address people’s health concerns.

Q. New ice cream brands are coming up. What is your message to them?

As the premier association of ice cream manufacturers in the country, we want to help the industry grow from strength to strength by sharing and incorporating best practices and act as a representative body to the government.

IICMA welcomes all newcomers to the industry. We don’t discourage competition of course, but we do try to level the playing field and help every member succeed in their niches and regions. We will be happy to provide any assistance new entrants need to understand the market, the regulations involved or anything else they may require to put their best foot forward.