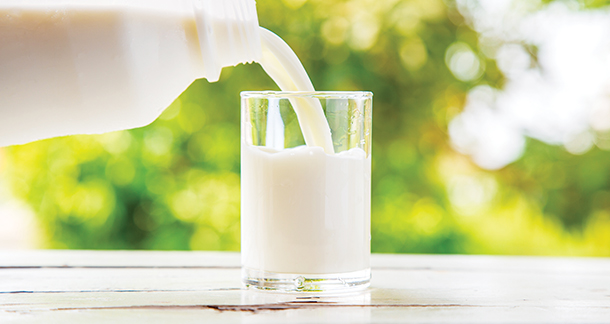 Milk is a symbol of nutrition. Milk is nectar. Milk is the primary protein source for vegetarians. Milk is also a rare food source of vitamin D. In the Puranas, milk has been compared to nectar, which keeps the body healthy and strong as well as protects it from many diseases. It is written in Atharvaveda that milk is a complete food item. It has all the elements necessary for the human body which our body needs. The purity of milk is a sign of good health. India is the leading country in milk production in the world. India has been called the country of milk and curd for centuries. Punjab and Haryana have always been ahead in milk production. There is a popular proverb that where milk and curd is eaten, that is our Haryana. Now poison is being mixed in this milk to meet the consumption.Adulterated milk is pushing our health and life to hell. The biggest reason for adulteration in milk is the drying of the milk stream in the country. There are maximum dairies in the country, yet now there is shortage of milk. According to government statistics, in the financial year 2020-21, a total of 671.919 tonnes of milk was produced in Prayagraj district of Uttar Pradesh. The estimated production of milk in the year 2022 in Prayagraj city of Uttar Pradesh is around 800 tonnes (7 lakh 76 thousand 699 litres). The estimated population of Prayagraj in the year 2022 is about 69 lakhs. While the per capita consumption of milk is around 500 ml. It means to say that 7 lakh liters of milk can meet the consumption of 14 lakh population only and will not fulfill the consumption of 69 lakh population. Consumption of milk in Prayagraj city is 5 times more than production. How this consumption is being met should be investigated. It is obvious that this consumption is being accomplished by mixing white poison in the stream of milk. Milk production in India is 20 crore liters but consumption is 70 crore litres. This proves that adulteration in milk is happening on a large scale. Consumption is being met by adulterated milk in the country.

There have been more cases of milk adulteration in the northern states than in the southern states. The limit was reached when the Food Safety and Standards Authority of India (FSSAI) allowed milk industries to mix melamine. According to which any company making infant formula (baby milk) of dry milk can mix 1 milligram of melamine in 1 kg of dry milk. In liquid infant formula such as liquid milk, it is allowed to add melamine poison at the rate of 0.15 mg/liter and in other foods at 2.5 mg/kg. Melamine is a carbon-based chemical, which is used to adulterate milk and dairy products. It is worth mentioning that adulteration of melamine in milk and dairy products can cause kidney related diseases and can also lead to complete kidney failure. Many a times, milk traders add water to the milk to increase its quantity, due to which the amount of protein in the milk decreases considerably. Melamine is added to milk by milk traders to balance the amount of this protein. Melamine is widely used to make plastics, glue, countertops and whiteboards etc. More recently, a person found cream in the form of plastic after boiling milk from Amul packet. This is melamine only. The central government should completely ban melamine. So we can say that milk is now becoming poison. People have become so engrossed in materialism that even nectar has been turned into poison. A few years ago a survey was conducted in the country regarding adulteration in milk. It was found that both cleanliness and hygiene are being played with while packing the milk. Direct adulteration of detergent was found in milk. This adulteration directly proved to be a threat to the health of the people. Due to this, the physical parts of the consumers may stop working.The World Health Organization had issued an advisory to the Government of India against the adulteration of milk and said that if adulteration in milk and milk products is not curbed, then about 87 percent of the country’s population may suffer from cancer by 2025.

We should not forget that the health of the community of the nation is its wealth. Therefore, on National Milk Day, India will have to think about adulteration in milk and the Government of India needs to make a concrete strategy to overcome it. Now the day is not far when people will have to depend on vegan milk only. Apart from the milk obtained from animals, every type of milk comes under the category of vegan milk. Its trend is in full swing in western countries. Now its trend is increasing in India too. Vegan milk is being seen as an alternative to traditional dairy products. Usually milk is supplied from cows and other animals, but vegan milk is prepared from plants and other things. Like soya milk, oat milk, almond milk, cashew milk, rice milk, coconut milk etc.

If poison continues to be mixed in nectar, it will not take time for the traditional milk in the form of nectar to become extinct. There is an old saying that we eat to live and not live to eat. You don’t live to eat, you eat to live. To survive you have to depend on pure food and not poison. That is to say, when we eat to live, we eat less and when we live to eat, we eat worse and more. It has also been said that excess is forbidden everywhere. Excess of anything is bad. So eat little but eat well. Drink only a little milk but drink it well. Don’t drink poison in case of excess.