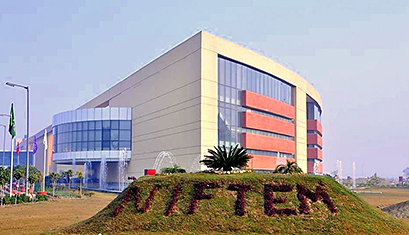 The Minister of State for Food Processing Industries has been appointed as the Vice Chairperson of the NIFTEM Council.

The Ministry issued an order in this regard saying that the MoS Ministry of Food Processing and Industries is appointed as the Vice Chairperson to the NIFTEM’s Council.

The NIFTEM Council was created with its upgradation as an institute of national importance recently by the Union government.

The Minister of Food Processing Industries is the Chairperson of the Council with Chairperson FSSAI, Secretary Finance, CEO NITI Ayog, Secretary Education as ex-officio members and Secretary MOFPI as member secretary of the NIFTEM Council.

Chapter IV of the NIFTEM Act explains about the Council wherein it says that the general function of the Council shall be to coordinate the activities of all the institutes and it shall facilitate the sharing of experiences, ideas, and concerns with a view to enhance the performance of the institute.

According to the NIFTEM Act, the Council shall perform functions, including laying down broader policy framework for the functioning of the Institutes, recommend to the Central Government, the institution of scholarships including for research and for the benefit of students belonging to the Scheduled Castes, the Scheduled Tribes and other socially and educationally backward classes of citizens, deliberate on such matters of common interest to institutes as may be referred to it by an institute, promote necessary coordination and co-operation in the working of the institutes and review the achievement of policy objectives