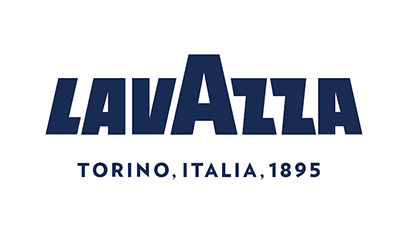 Thousands of tennis enthusiasts will begin filling the courts at Wimbledon as the iconic Championships play host to a full crowd for the first time in two years. To keep tennis fans fuelled, long-term partner Lavazza and its expert baristas will be delivering the perfect serve of authentic Italian coffee as the official coffee of Wimbledon for the eleventh year in a row.

The company is dedicated to serving premium coffee experiences to tennis fans and, through their recently renewed partnership with the All England Lawn Tennis Club, they will remain the official coffee of Wimbledon until 2025.

The Championships Wimbledon run this year marks 100 years of centre court in its current home on Church Road, Wimbledon. To celebrate, it will be delivering the perfect serve to tennis fans wherever they are watching – from centre court, to its new Flagship Store in central London, and from the comfort of their own home.

Pietro Mazzà, regional director UK & Nordics and general manager Lavazza UK, said, “Lavazza and Wimbledon are the perfect doubles partners. Together we strive to deliver premium experiences for consumers and have a passion for excellence. Lavazza’s partnership with All England Lawn Tennis Club which we’re proud to have renewed this year, is testament to Lavazza’s unwavering commitment to supporting UK sport in general and world-class tennis in particular. Tennis is at the heart of the Lavazza family, and we are happy to help bring The Championships back to full capacity in 2022, from the beloved Queue to every single bar and restaurant inside Wimbledon.”

Marco Lavazza, vice president, Lavazza Group, said, “Lavazza and Wimbledon have formed the perfect doubles team for 11 years now. In the home of tea and the temple of tennis, authentic Italian espresso has become a natural part of the Wimbledon ritual and, since 2015, a leading ‘player’ at other Grand Slam tournaments too.”

“Our passion for tennis, which began here at Wimbledon, has forged an unbroken bond between our brand and this sport since 2011, during which time we have served eight million espressos to fans from around the world. We are proud to be back at Wimbledon in 2022 for the Tournament’s return in grand style after two very difficult years, and thrilled that our partnership has been extended until 2025 at such a significant moment as the 100th anniversary of Centre Court. To mark the occasion, we have decided to bring to the tournament a unique coffee experience inspired by sustainability, a cornerstone of Lavazza Group’s business strategy,” he concluded.