Inside the Great Indian Chocolate Industry 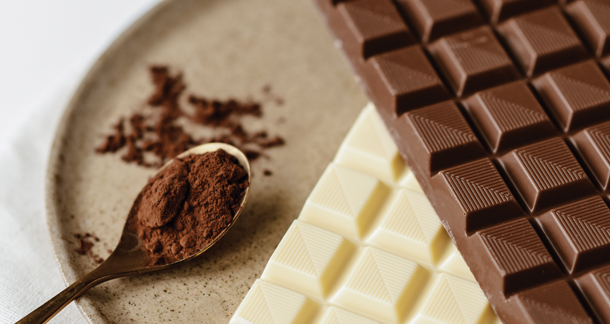 Be it a birthday, examination success, marriage anniversary, job promotion, or religious fiesta, every Indian is happy to nibble his / her share of chocolate to cheer. Health-conscious people also tempt towards dark and bitter chocolates rather than opting high calories traditional sweets.

Chocolate is one of the most admired food types and flavours in India, and many foodstuffs involving chocolate exist, particularly desserts, including cakes, chocolate brownies, pudding, mousse, and chocolate chip cookies.

If you look at the consumption scenario in India only, then you will get to know that from adolescents to young people to middle-aged people, all are consumers of chocolates and there havebeen studies proving this fact. Several factors like an increase in urbanization, rise in income and consumption of chocolates every day rather than on special occasions mark a bright future of industries in the coming years.

Although small, India is one of the fastest-growing markets for the impulsive and indulgent industry as chocolate confectionery with plenty of room for growth.

Cadbury is a British multinational chocolate major. It is handled by Mondelez India. Cadbury was established in Birmingham, U.K. by John Cadbury in 1824. Cadbury entered India in 1948 and started its operations by importing chocolates. Today, Cadbury is the most loved and most widely sold in India. Cadbury chocolates have ruled Indian hearts with their fabulous taste and incredible texture. 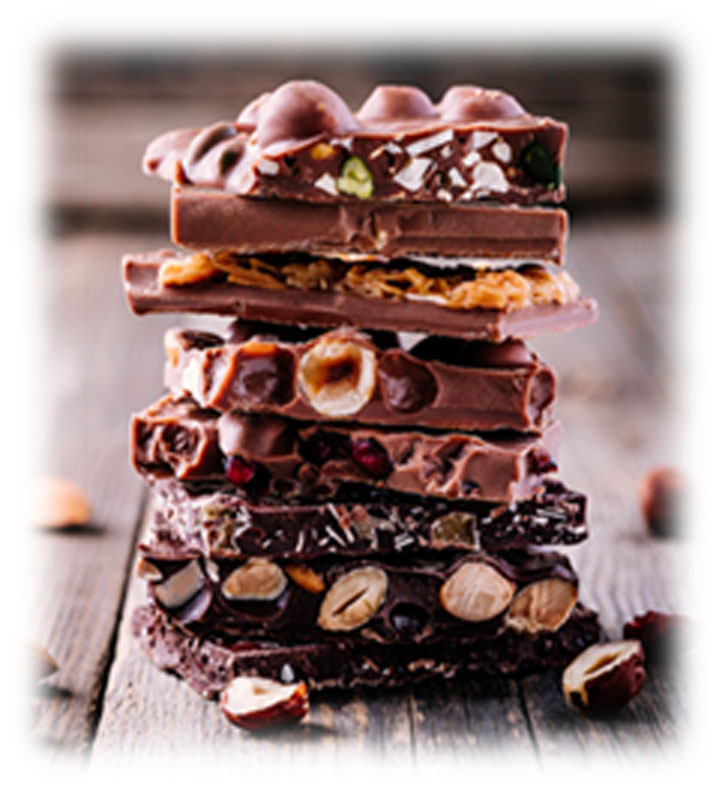 Mondelez has been leading the company’s success by providing the first taste of chocolates to Indian consumers through launching its first product Cadbury dairy milk in the market. It has carried on the legacy of the most trusted brand and leadership by defining the taste of chocolate even today. By increasing the demand for chocolates, Mondelez has improved its nutritional value and ingredients profile. It shares 65% of the market share with Cadbury dairy milk alone.

For over 55 years, Mondelez is collaborating with the cocoa framers across the different states, providing more than 3 million seedlings annually. Also, it makes a positive impact on the lives of children by driving health, hygiene, nutrition, education, access to clean drinking water and kitchen gardening, across the country.

Several types of chocolates are manufactured depending on the demands of the customers. Bars and moulded chocolates comprise the largest segment, which accounts for 37% of the total chocolate market in terms of volume.  According to the survey of 2016, Indian people were found to consume more than 250 thousand metric tons of chocolate in a year- reflecting their preference towards chocolate-based snacks and spending on premium confectionery.  Nut and milk sweets are topped with fine chocolate, whereas, some truffle sweets filled with dried fruits are being hand-rolled in chocolate and nut powders.

Indian industrial chocolate market covers cocoa powder, cocoa liquor, cocoa butter, and compound chocolate. The market is divided into bakery products, confectionery, bakery premixes, beverages, frozen desserts, ice cream and others. Whereas, bakery product is further classified as, cakes, biscuits, pastries and other bakery products. Heavy price and discounts offered by supermarkets and healthy eating habits are some other factors which boosted sales. Chocolate confectionery products in India account for the highest revenue in the region, persisting to their lower price and the effective marketing strategies adopted by players and other local bakeries.

Major Players in the Market

The preference is slowly evolving toward dark chocolates, on account of various health benefits, which is a positive factor in increasing the demand for premium chocolates in India. With rising health consciousness and increasing obesity rates in many cities, food and beverage people have shifted their demands from conventional types of chocolate to organic and sugar-free industrial chocolates. The region comprises urban cities, has been a significant rise in the number of bakery chains and cafes.

India’s per capita chocolate consumption is estimated to have grown at 7.8 percent between 2010 and 2015, according to a market research firm. Between 2015 and 2016, India’s growth approximated at 13 percent. The Indian chocolate market is valued at Rs. 650 crores per year and is estimated to be in the region of 22,000-24,000 tonnes per annum. Chocolate percolation in the country is over 4 percent, with India’s metros proving to be the big draw clocking spread in excess of 15 percent. The relatively smaller cities/towns consumption lags at about 8 percent. Chocolates are a luxury in the rural area, which explains the mere 2 percent spread in villages. The market presently has close to 60% consumers and they are mainly located in the urban areas.

In India, at present, there are about 10 multinational companies engaged in exports products like beans, chocolates, cocoa butter, cocoa powder and cocoa-based products to other countries. India earns foreign exchange worth Rs. 849 crores through exports of cocoa bean and its products.

The demand for the chocolate industry and confectioneries in India is estimated at 30,000 metric tons of dry beans per year. The current production of cocoa beans is merely inadequate to meet the demand of the industry. Hence India is importing a share of its requirement from other cocoa-growing countries worth Rs.1551 crores.

Despite enormous production in 2015-16, India has imported 57% of cocoa beans. After 2015-16, India’s cocoa bean production grew at a compound annual growth rate of just 3.6 percent, according to data from the Directorate of Cashew nut and Cocoa Development (DCCD).

The Indian chocolate industry is a unique mix of consumption patterns. One one hand there are designer chocolates that are consumed by the middle-class and higher-class people but there are some places in India where people have never seen or taste chocolates. Pricing plays an important role in consumption. Right and lower pricing will make or break their product into success. A company must focus on driving sales through a product mix, efficient materials, reduced wastages, increased factory efficiency and improved supply chain. Companies should focus more on television for advertisements, should provide promotional offers or free gifts to attract more crowd. There is immense scope for the growth of the chocolate industry in India – geographically as well as in the product offering. The Indian chocolate industry is destined to grow and will do so in the near future.