Importance of Conveyor Belts and Material Handling in the Food Industry 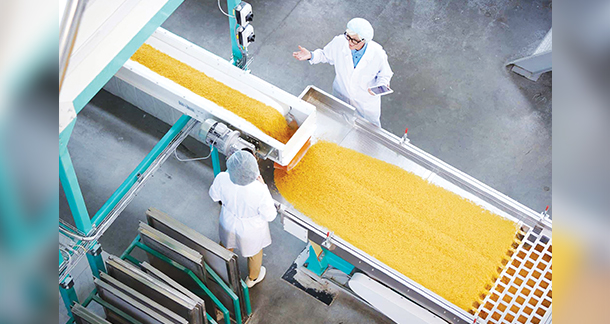 As is common knowledge, conveyor belts are an integral part of the manufacturing industry; it is estimated that the conveyor belt industry itself was valued at over $3.4 billion in the year 2020, and with a growth rate of over 4.1%, will be worth a staggering $4.4 billion by the year 2027.

However, it is prudent to understand that in the food industry, the usage of conveyor belts, although ubiquitous, comes with its own disadvantages and advantages; for example, conveyor belts have greatly increased the efficiency of a number of manufacturing facilities, which in turn has increased the output of several of these companies. The use of conveyor belts by the food industry has several pre-requisites which have been set by the FDA or Food and Drug Authority, which can be used a template for creating guidelines for the installation of the same in all kinds of facilities globally; to elaborate, it is crucial to understand that:

Conveyor belts should be constructed in a manner that enables easy cleaning and sanitization of the same: this can also include the removal and/or smoothening of any cracks or crevices that may appear during the initial and consequent usage of the belts itself.

Conveyor belts should also be constructed of Food Grade material, as most of the products that are moved through these belts are moved without a barrier or primary packaging for protection; additionally, using food grade lubricants and grease on all equipment being used inside a food manufacturing facility is also essential to ensure that all Food Safety is given the highest priority in the workplace.

An aspect of conveyor belt maintenance that is regularly pushed to the side-lines is the usage of food-safe chemical products for the cleaning and sanitization of conveyor belts; it is essential that all employees who are in-charge of the upkeep of this equipment be aware of this, in order to avoid any potential food borne hazard risks.

It is crucial of course, to consider the many advantages in regards to the use of conveyor belts in the food industry, which greatly outweigh the minor difficulties that maintenance and upkeep of the same pose. To expatiate:

The food industry can be considered as a labour-heavy industry in comparison to other industries; the natural consequence of using labour on a regular basis is the risk of human error resulting in major disruptions to a food production line that could cause monetary losses, loss in production efficiency and be detrimental to brand reputation. The solution to these issues comes in the form of conveyor belts: automation of product transport systems within a facility tend to reduce the amount of human labour involved in the overall production system, thus reducing the risk of hand-to-hand contamination and food-to-hand contamination of the food products in question, on top of reducing the “down-time” in a food production facility, thereby increasing efficiency. 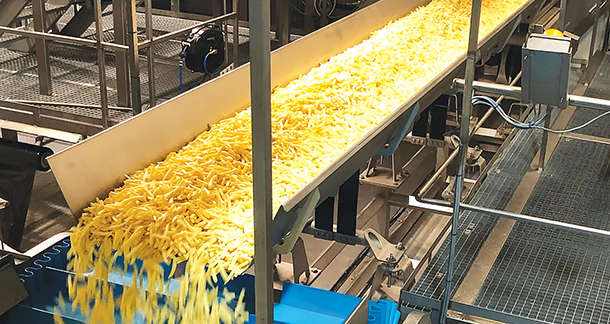 Work Safety accidents account for over 2.3 million deaths every year; additionally, over 340 million people worldwide suffer from injuries on account of poor work-safety precautions being implemented in their workplaces. A way of reducing the instances of these occurrences in a facility is by automating processes that may pose a risk of being accident prone; for example, the movement/transportation of products within a facility. This process can of course be automated by the usage of conveyor belts, which as mentioned earlier, not only increases efficiency but also reduces the occurrence of accidents due to Manual Handling and Obstructions.

Building on the usage of conveyor belts, the predecessor to this process, Material Handling, plays an important role in the overall health of a food production facility. In this industry, material handling is considered the first process step in a process flow of manufacturing; For industries that deal with RTE or Ready to Eat foods, material handling will be included in the process step of Receiving. There are various aspects of material handling that one must keep in mind during the receiving process, for example:

Inspection is the 1st step of any kind of material handling; in order to conduct effective inspection, a list of specifications for the material in question should be put in place. Once approved, all employees/staff who would be responsible for conducting the material handling should undergo a training schedule catering to various topics such as Physical Specifications, Escalation Procedure and Rejection Protocol.

It is common that most material handling processes are labour-heavy; thus, a specific personal hygiene policy need to be created and implemented in order to ensure all material that is being handled in any food facility has little risk of exposure to pathogens such as S. aureus, E. coli etc. Aspects such as this can be quite difficult to monitor, so a common recommendation is that such policies be enforced everyday during the start and end of an employee shift, and be reiterated during refresher trainings which are to be conducted on a regular basis.

Thus, it is safe to say that the use of conveyor belts in the food industry is of great significance; with advantages of human error reduction, efficiency and reduction in work-place related accidents, it is clear that this equipment is essential in the overall productivity of any facility. Building on the same, material handling also plays a large part in the success of any manufacturing/catering facility, as there are numerous food safety and work safety norms involved in the Material Handling step that need to be implemented in order to ensure the overall safety of the final product from any kind of facility, manufacturing or otherwise. Therefore, it is prudent to consider that both these aspects be given maximum precedence in the processes created for any kind of facility.