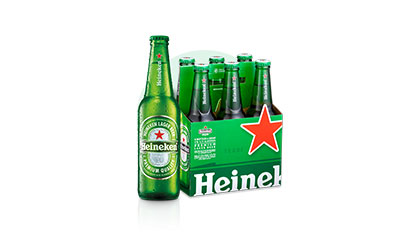 Heineken has recorded flat beer sales in the first quarter of 2021, as increased sales in Africa and Asia more than offset lower on-trade volume in Europe.

Heineken sold 50.3 million hectolitres of beer in Q1, in line with last year on a like-for-like basis.

The Dutch brewer reiterates its expectations for market conditions to gradually improve in the second part of the year, depending on the roll out of vaccines. In its full-year 2020 results, Heineken announced that it will cut 8,000 jobs in an effort to restore its operating margins to pre-pandemic levels.

Europe witnessed a decline of around two thirds in the on-trade due the impact of lockdowns throughout the entire quarter. Beer sales fell organically by 9.7% to 13.8 million hectolitres. Nevertheless, lower on-trade volume in Europe was more than offset by the performance of other regions and cost mitigation efforts.

Despite alcohol bands in January and over Easter weekend, South Africa’s total volume grew in the high-twenties thanks to increased output of its Sedibeng brewery and low end-year stocks. In Nigeria, total volume grew in mid-teens with the company’s premium portfolio growing by more than 40%, led by the Heineken and Tiger brands.

Heineken’s Asia Pacific region saw beer volumes go up 5.4% to 7.7 million hectolitres thanks to double-digit growth in Vietnam, Singapore, Laos, Taiwan and South Korea. Growth in the Americas was modest with an organic increase of 0.8% to 19.4 million hectolitres.

The Heineken brand grew 12.1% in the quarter, with double-digits growth in more than 40 markets. Meanwhile, Heineken 0.0 – which is now available in 94 markets – grew double-digits with strong performance in Brazil, Mexico and the USA.

Dolf van den Brink, Heineken chairman and CEO, said: “We had a solid start to the year, despite facing severe restrictions across many markets and the closure of the on-trade in Europe due to the pandemic. Overall beer volume was in line with last year, with strong growth in Africa, Middle East & Eastern Europe and Asia Pacific and modest growth in the Americas.

“We are making great strides in the deployment of our EverGreen growth strategy on all fronts. Most recently, we announced our ambition to become carbon neutral by 2040.”