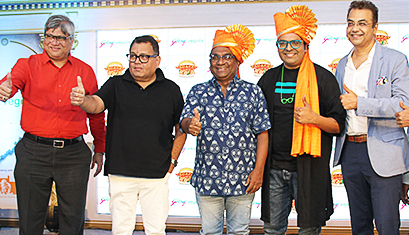 The ‘Vada Pav Cha Raja’ initiative was held across Mumbai, Thane, Aurangabad, Pune, Navi Mumbai, Nashik, and Satara. QR codes for voting were placed at close to 250 willing outlets in these cities. Consumers voted at each outlet based on the taste and satisfaction. The campaign saw overwhelmingly high participation from the public.
Mumbai-based vada pav outlet Sai Krupa Vada Pav from Andheri was announced as the ‘Vada Pav Cha Raja’ basis the votes received by them from their customers. The runner up was Thane’s Akkacha Vada Pav. Apart from the two top winners, 20 outlets from across seven cities were recognized under the people choice awards for garnering highest votes in the respective cities.