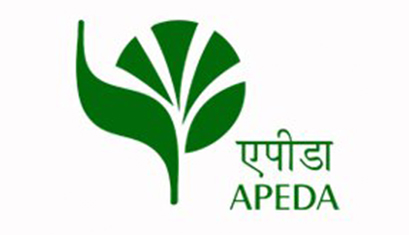 In a step towards boosting horticultural crops exports, a first commercial shipment of Mishri variety of luscious cherries from Kashmir valley has been exported to Dubai from Srinagar. APEDA assisted the shipment of cherries to Dubai by MS Desai Agri-Food Private Limited, a venture company of MS Innoterra, Dubai.

Prior to this shipment, a sample consignment was sent in the middle of June 2021 from Srinagar to Dubai through air which were transhipped from Mumbai. Following an encouraging response from the consumers in Dubai, the first commercial shipment of Mishri variety of cherries were exported to Dubai.

Mishri variety of Cherries are not only taste delicious but also contain vitamins, minerals and plant compound with health benefits.

Prior to the shipment, the cherries were harvested, cleaned and packed by APEDA registered exporter while the technical inputs were provided by the Sher-e-Kashmir University of Agricultural Science and Technology of Kashmir.

APEDA-National Referral Laboratory at National Research Centre for Grapes, Pune provided support for ensuring food safety and quality in the shipment, which would help create brand for cherries especially in the middle east countries.

The commencement of commercial shipment of cherries would provide huge opportunities for exports of several temperate fruits like plums, pears, apricot and apples from Kashmir to specially to middle east countries in the forthcoming seasons.

APEDA has been conducting interactions with farmers, Farmer Producer Organizations (FPOs), government officials and other stakeholders for boosting exports potential of agricultural produce from Kashmir such as apples, almonds, walnuts, saffron, rice, fresh fruits and vegetables and certified organic products.

Several rounds of virtual awareness creation programme involving the local producers, suppliers, FPOs and exporters from Kashmir are being conducted for ensuring export of temperate fruits from the region.

For ensuring exports of quality agricultural produce which adhere to global standards, APEDA has also initiated awareness programme on National Programme on Organic Production and ISO-17065 requirements for the officials of Union Territory of Jammu and Kashmir. The purpose of such programme was to acquaint officials of the UTs with the third-party certification system for organic products as well as international trade of organic products.