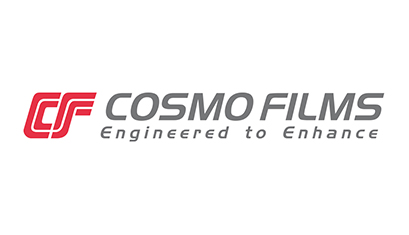 Cosmo Films Limited, a Global Leader in Films for Packaging, Labelling, Lamination, and Synthetic Paper and an emerging player in Specialty Chemicals, Polymers & Petcare today announced expansion by setting up the world’s largest BOPP film production line at Aurangabad with an annual rated capacity of 67,000 MT. The BOPP line will require an investment of about Rs. 350 crores to be funded through internal accruals and debts and is expected to be commencing commercial production within FY 2024-25.

Backed by strong financial performance, the Company has also declared its first interim dividend of Rs 25 per share for FY2021-22.

The Company has also recently launched ZIGLY – India’s first tech-enabled integrated pet-care platform – through the launch of its website www.Zigly.com and the opening of its flagship experience center in New Delhi. Other growth plans i.e. Specialized BOPET line, focused towards growing specialty sales, expanding into Cosmo Specialty Chemicals are progressing well in line with the plan.”