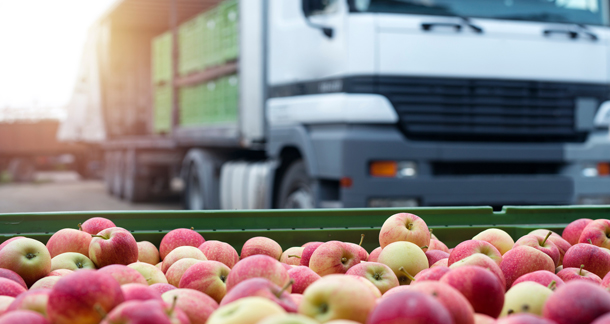 The cold chain is vital to our economy and makes modern life possible. Any product labelled as “perishable”, will likely need cold chain management in its life cycle. This includes fresh produce, meat, seafood, frozen goods, dairy, and poultry.

Every product is bound to its unique journey through the supply chain. Let’s take an example of a bag of frozen beans, they must be grown on a farm, sorted, processed, packaged, stored, transported, and finally sold. This entire process may be the responsibility of one company or may involve several different companies. Whether it’s one company or many, they must ensure that the product is kept at an appropriate and ambient temperature at every stage of the supply chain.

Managing the cold chain is a crucial responsibility that requires specialist skills, knowledge, facilities, vehicles, and technology. To establish a unique link between temperature and perishability, companies must understand the chemical and biological processes linked with perishability. Staying within the optimum temperature range ensures that the integrity of the shipment is maintained and potential damages are avoided.

Due to globalization, mounting demand, consumer expectations for quality products, and dramatic changes in how people buy groceries and catered foods; supply chains are becoming complex and there has been an ever-rising need for cold storage, cold processing, cold transport, and cold distribution. A significant amount of the world’s energy production is used to power these cooling systems, which in turn depend largely on fossil fuels and electricity. By investing in green and energy-efficient cold chain systems, businesses can gain better visibility in addition to saving the environment.

According to a recent report by “Cooling India”, the global cold chain logistics market was valued, at $159,988.1 million in 2018 and is estimated to reach $585,105.6 million by 2026, at a CAGR of 17.9% from 2019 to 2026.  The cold chain market also creates thousands of jobs starting from drivers to warehouse operatives, systems analysts, managers, technicians, and robotics engineers.

FAO reports that each year about 14% of the world’s food is lost even before it reaches the market and is valued at $400 billion annually. According to a UN food waste index report 2021, in 2019, around 931 million tonnes of food waste was generated. Of which 61% was contributed by households, 26% by foodservice and 13% by the retail sector. These numbers suggest that 17% of total global food production may have been wasted. Inger Andersen, Executive Director of UNEP, encourages governments to consider the food losses while tackling their national climate change.

In the U.S., the Centers for Disease Control and Prevention (CDC) estimates that each year 48 million consumers get sick, 128,000 are hospitalized, and 3,000 die due to foodborne diseases. For food and beverage growers, producers, manufacturers, processors, and retailers, this can have upsetting consequences on customer loyalty, revenues, and reputation.

UNEP, together with high-level coalition Champions 12.3, has developed a Target-Measure-Actapproach to reduce food loss and wastage. The United Kingdom has pioneered this approach and achieved a 27% reduction in food loss in 2018 relative to its 2007 baseline. GoodData along with an effective public-private partnership to facilitate cross-supply chain collaboration, helped the UK achieve its target.

It is interesting to note that although the developed countries focus on the wastefulness of consumer habits, in the developing world food wastage is not only the result of consumer wastefulness but also a result of an absence of a robust cold chain. Thus, maintaining a robust, profitable, and sustainable temperature-controlled logistics industry is an important aspect to consider while tackling climate change.

Alphabet’s, drone delivery company “Wing” has seen a significant rise in demand in the US and Australia. In the light of the Covid-19 pandemic, Wing expanded its delivery options to items like pasta and baby foods. 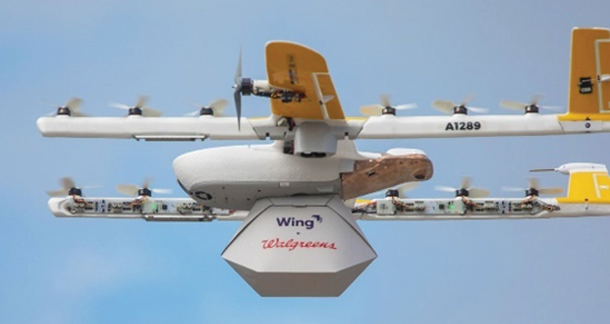 Amazon is currently working on “Prime Air delivery drone”, with the intent of flying packages within 30 minutes of ordering.

Digital traceability of goods can help secure the food and beverage supply chain.

Recently, Golden state foods partnered with IBM to pilot a solution that combines radio-frequency identification (RFID) to automatically track fresh beef’s movement. They are using Internet of Things [IoT] devices to monitor its temperature and using blockchain to orchestrate the business rules between parties in the global supply chain.

Changes within the food logistics industry are “extensive,” and these shifts introduce additional challenges in the food cold chain management. Making the right “Carrier choice” is the priority for temperature-sensitive freight.

With advancements in wireless technology, notably IoT, it’s now feasible for shippers to track the condition of their products from beginning to end. Bluetooth temperature data loggers, are often sent with shipments to provide real-time status updates to the managers and courier’s drivers.”

The cold chain system has a larger impact on our health, economy, and environment. With the advent of technology and global awareness, robust cold chain systems are being developed. Adhering to the basic principles of energy saving and using advanced logistics management technology, a smooth flow of cold chain logistics can be achieved. The application of new technologies seems promising and can greatly reduce energy consumption along the cold chain. Innovative postharvest treatments, digital agriculture, and re-modelling market channels offer huge potential to tackle the challenges of food loss along the supply chain.