Food That Is Safe And Healthy To Eat 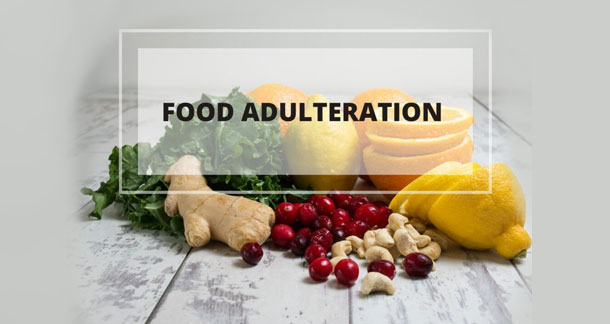 Adulteration of food is the process of adding unwanted substances to the food, with similar appearance/colour for making profits which makes that food product fails to meet the legal standards. Adulterants are poor quality products added to food items for economic and technical benefits, which reduce the value of nutrients. Common food items which are adulterated in India are milk, tea/coffee, vegetables, sweets, wheat and other food grains, honey, dal, spices, butter and cream, ice cream.

Food adulteration is one of the serious challenges in the Indian society. Despite various measures and penalties, the problem continues to remain a big challenge for the country.

FSSAI found a consistent increase in food adulteration cases in the country. National Accreditation Board for Testing & Calibration Laboratories tested 1,06,459 food samples during 2018-19 and found 30,415 samples non-conforming. Out of this, 3900 samples were declared unsafe, 16,870 were sub substandard, and the rest had labelling defects.According to the report, Uttar Pradesh, Jharkhand, and Tamil Nadu had the highest percentage (45) of adulterated samples. Besides, Daman and Diu had the least percentage (2.7) of adulterated samples. The National Capital had 485 adulterated samples out of 2461 samples collected.

Types of adulteration in food

How to control Food Adulteration?

1. Steps to take care of while transporting and warehousing food products:
Insect infestation due to the humid and unhygienic conditions of the warehouse is the huge menace for food grains, legumes and spices. To resolve this problem, Professional individuals should closely monitor the storage conditions and check that infested grains from fields do not reach warehouse and become a threat for healthy grains. To improve the quality of grains, they should keep a track of incoming and outgoing samples along with their dates. During the monsoon season and in highly humid areas, extra care must be taken to prevent spoilage of grains. Design a warehouse with proper storage environment which minimize the risk of contamination.

2. Steps to take care of while processing food products:
To prevent the outbreaks of Salmonella, E. coli and Campylobacter, certain Food Safety Standards and Regulations should be adhered. Facility location should be designed to avoid pest “hot spots” and pollution areas. Machinery design should be up to the sanitizing and cleaning protocols. Invest in Pest control monitoring and detection. Proper waste disposal should be the priority to avoid risk of contamination. Personal and environment hygiene should be benchmarked properly.

3. Steps to take care of while packaging food products:
Packaging material should protect against chemical and microbial contamination. The ink used on package should be free from hazardous substances. Proper labelling of food items including allergen information should be done to eradicate product recalls. Personnel hygiene and good manufacturing facility should be the major priority. Food Packaging Regulations should be properly implemented.

How to prevent Food Adulteration?

4. Food grains and its products –

To check out all these tests in detail, check out  https://fssai.gov.in/dart/.

Role of Food Labs in food testing and analysis:

Food testing analysers are used for: –

A. Electronic nose – Electronic sensing reproduce human senses using sensors and pattern- recognition systems which are performed for identification, comparison, quantification, and other applications including data storage and retrieval. Used to differentiate aromas of food, recognize odours and flavours.

B. Optoelectronic Sensing – Optoelectronics deals with radiation, its detection, creation and manipulation which includes x-rays, gamma rays, infrared (IR), ultraviolet (UV) and visible light. Act as detectors of light and transform detected light signals into equivalent electrical signals for computer processing.An embedded optoelectronic sensing system consisting of AVR microcontroller integrated with optical sensor, LCD and keypad, making use of the change in refractive index parameter, can detect milk adulteration with an accuracy of about 95 per cent. 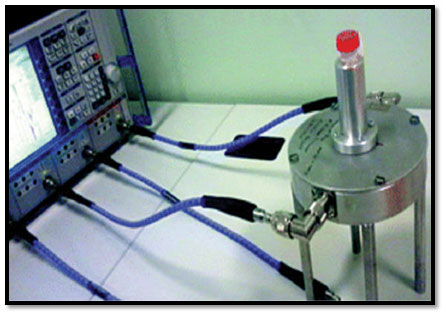 1) Centre for Science and Environment (CSE) in a Press Conference on December, 2020 unravelled “Adulteration in Honey.” 77% of honey samples which CSE tested in Indian and German laboratories had failed the tests of purity and found adulterated with sugar syrups. Only 3 out of 13 brands had passed the test i.e., Saffola, MarkfedSohna, and Nature’s Nectar. The brands that failed were Dabur, Patanjali, Apis, Zandu, Baidyanath, Hitkary, Dadev, Indigenous, Hi Honey and Social Naturelle. SunitaNarain, Director-general, CSE, further claimed that there is no clear message of addition of sugar syrups in honey that bypass Indian Standards by FSSAI and mislead all the consumers. CSE has called for regulating sugar imports, public testing, better enforcement and traceability to check this nefarious business of honey adulteration.FSSAI has said that they will send the adulterant sample for further testing and will look into all the contacts and details provided by CSE of this adulteration business. They said that FSSAI will take the necessary steps to amend the food standard and step up its surveillance.

2) Back in December 2018, FSSAI announced to change the edible oil labelling to display it as ‘Blended Edible Vegetable Oil’, name and nature of oils. After that in July, 2019; Tamil Nadu Food Safety and Drug Administration Department has warned the Indian public about the continued dangers of adulterated edible oil despite the labelling change made by FSSAI. They raid in a local oil mill and found that palm oil was being mixed with sesame and groundnut oil and unaware consumers are buying these at cheaper prices. Adulterated oils contain up to 70% palm oil content to which an unidentified essence would be added so as to give the desired flavour or aroma. They also found that oil traders use small font printing mentioning palm oil in label and avoid mentioning of oil blend ratios. After this incident, they revised their declaration and permitted that font size of ‘Blended Edible Vegetable Oil’ should not be less than 5mm, and other information be less than 3mm. For 5 litres and more edible oil packages, font size should be less than 10mm. Also, officially certified Raman -1 spectrometer for the testing of edible oil adulteration which uses micro-optics, mobile and cloud technology, artificial intelligence and machine learning.