A large Number of Guests Celebrated the 60th  Birthday of MULTIVAC 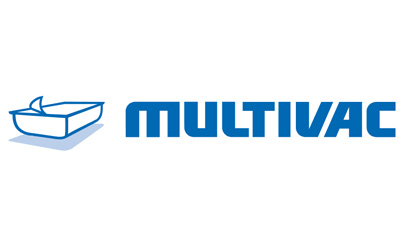 Relief and joy were written on people’s faces: After two years of enforced break due to Corona, over 9,000 guests from Germany, Switzerland and Austria, together with the owners of the company, finally celebrated last Saturday the 60th birthday of the company – under the motto “One World, One MULTIVAC”.

Showing great joy and enthusiasm, all the MULTIVAC staff members caught up on the celebrations of the company’s 60th birthday last Saturday at the Wolfertschwenden site. The event should actually have taken place last year. But the corona pandemic put a stop to all that. “We are very happy, that the situation has normalised sufficiently to allow the celebrations to take place,” said Christian Traumann, joint Group President of MULTIVAC.

It was not only the MULTIVAC staff from the company headquarters in the Allgäu, who were invited to the birthday party, but also all the staff from the subsidiaries in Germany, Switzerland and Austria. The interest was of course huge, as shown by the large number of applications. In addition to the current staff members and their families, the MULTIVAC pensioners were also invited. For many this was a journey into their own past. Because a large number of the current MULTIVAC staff are the second or even third generation to work at the company. Over 9,000 guests took part in the celebrations. Christian Traumann: “For us it was one of the highlights of the year, that we were able to come together after the enforced break due to the pandemic, and that everybody was finally able to celebrate in a high-spirited way.”

There were hourly tours for the guests through the Production departments. The visitors to the Technical Innovation Center (TIC) and the Technical Application Center (TAC) were able to experience at close quarters, how MULTIVAC’s experts design and test individual machines and lines for customers from around the world.

Musical entertainment was provided by the MULTIVAC Traditional Band and the Wolfertschwenden Musicians. Later in the evening there was no let-up in the music with the band Hindervier. The evening was filled with exuberant joy and wild fun with dancing and hot rhythms.

And there was also plenty of sustenance provided for the bodily wellbeing. A large number of food stands were spread across the 133,000 square metres of company grounds, each of them offering delicacies from the many countries, where MULTIVAC operates. The guests were also able to enjoy local specialities such as curry sausage, rustic oatcakes with cheese, or more exotic dishes – for example wok-cooked vegetables with mie noodles.

And the little ones were also over the moon

The children too had an exciting day. They played on the “Ninja” and “Doggy” bouncy castles, on the “Jungle” helter-skelter, on the flying swing ride and the “Dodgem” course. Face painting and story-telling also made sure, that the kids’ eyes were smiling. “It was a really successful party with lots of fun and joy,” said Guido Spix, joint Group President of MULTIVAC. “I was personally very pleased, that so many took up the invitation to the Summer Party. To experience the wonderful atmosphere was quite unique. We were also delighted to see the company owners and their families, who celebrated the anniversary with us all.”