Kellogg Delays launch of Incogmeato Range due to Covid-19 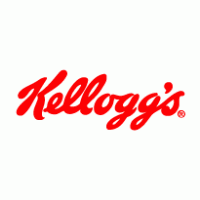 Kellogg chief executive officer Steven Cahillane made the announcement during a call with investors following the release of the company’s first-quarter results.

The Kellogg-owned MorningStar Farms brand had announced last year that the Incogmeato range of plant-based burger patties and chicken alternatives would be launched in the US in “early 2020”.

However, this release has now been put on hold due to the ongoing Covid-19 pandemic, and Kellogg has stated that many other second-quarter commercial activities and product launches have been delayed to the third and fourth quarters, though no other specific brands or launches were identified.

Cahillane stated: “As our retail partners work to keep shelves filled, many have delayed resets. So we have delayed the first wave of our launch of Incogmeato the MorningStar Farms sub-line of refrigerated meat alternatives.

“Instead of launching the burger products at the end of Q1, we now plan to launch them along with the previously planned sausage products sometime later this year.”

While product launches have been deferred, Kellogg stated that it had “invested in additional warehouse space, redeployment of inventory and increased access to transportation”, in order to meet the demand for packaged goods such as snacks, cereals and baking products.

Demand for packaged foods has increased due to the implementation of stay-at-home guidelines around the world due to Covid-19,