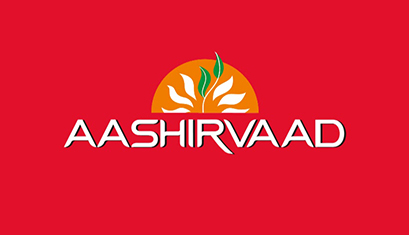 ITC’s Aashirvaad Atta, India’s No.1 packaged atta brand, strives to add fervour to the celebrations through culturally entrenched campaigns. This Durga Puja is dedicated to celebrating the ‘Onek Roop – Onek Energy’ of a mother, like that of Maa Durga. The campaign linked to brand’s overarching communication of ‘Eta Amaar Ma’ calls upon the people of Kolkata to share tributes for their mothers appreciating their multiple avatars and vitality.

To inspire people and encourage participation, the brand has released a video which beautifully captures the core thought of ‘Eta Amaar Ma’. The brand will combine the most creative odes that are the best manifestations of 108 names of Maa Durga in the form of a special coffee table book.

The digital film, drawing parallels between Goddess Durga and a mother, opens with a conversation between a young curious boy and a sculptor from Kumortuli about Maa Durga’s multitasking abilities and the purpose of her ten hands. Through these series of stories, the film strives to expand conventional definition of motherhood and celebrates everyone who plays a nurturing role in our lives.

The video closes with a call-to-action, inviting viewers to share their unique stories with the brand, to express their heartfelt gratitude for the nurturing roles a mother plays in their daily lives.

Commenting on the campaign initiative, Ganesh K Sundararaman, SBU chief executive-Staples, Snacks & Meals, ITC, said, “Durga Puja, that celebrates Ma Durga’s multiple avatars and vitality, is the most anticipated festival in the Eastern parts of the country and particularly for the Bengalis. Our campaign ‘Eta Amaar Ma’ is an endeavour to recognize and celebrate the relentless energy of a mother who embodies similar qualities like that of Maa Durga. Brand Aashirvaad’s digital film specially created for Pujo nurtures this thought and offers a befitting tribute to all mother figures in our lives. We are happy to enable our consumers pay homage to their mothers and let them know that they truly are a blessing.”