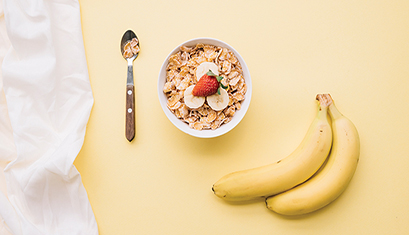 According to a report published by ESOMAR-certified market research and consulting firm titled “Banana Flakes Market: Global Industry Analysis (2017-2021) and Opportunity Assessment (2022-2032)”, the demand for banana flakes is likely to intensify over the coming years owing to the rising demand from new food outlets in developing regions as the expenditure power of consumers in those regions rise exponentially with every passing year. This factor will have a noteworthy impact on the sales of banana flakes across the developing regions as well as increase its revenue on a global basis.

The expansion of quick service restaurants and food outlets across developing regions such as the Middle East and Africa and Asia Pacific has also led to a positive shift in the demand for banana flakes as a healthy alternate and option of fast foods.

The growth of retail sales in this segment has further spurred the development of this industry, thus supplementing the demand of the food materials being used in this industry, one of them being banana flakes. Furthermore, banana flakes are highly used in the food industry in the production of breakfast cereals, thus triggering its demand globally.

Banana flakes are also considered significantly effective in controlling diarrhea and related diseases. According to a report by the World Health Organization, the second leading cause of the number of child deaths across the globe is diarrhea. In the last couple of years, banana flakes have been proven to be effective in controlling diarrhea after being fed to critically ill patients.

As a result of the benefits, pharmaceutical companies are initiating on the production of banana flakes based medicines, consequently triggering the sales of banana flakes.

Asia Pacific to Lead in the Coming Years

Asia Pacific is anticipated to grab a major chunk of the pie among all regions. The growing demand for infant nutrition products, especially in China and India is likely to play a pivotal role in the growth of the banana flakes market in the region.  The inclination of consumers on healthy breakfast and quick bites is also acting as a supplementing factor for the global banana flakes market.

However, factors such as the presence of an unorganized market for banana flakes in the region and the preference of banana flour over banana flakes are likely to act as roadblocks in the development trail of the banana flakes market in Asia Pacific.

Nevertheless, the growing focus on the consumption of organic food products in developed regions such as Europe and North America is likely to open lucrative opportunity for market players in the long run. Banana flakes market APAC is estimated to reach a value of around US$ 560 Mn by 2027 and is projected to grow at a value CAGR of 3.8% during the forecast period.

Conventional Form to Be the Most Preferred Source for Banana Flakes

On the basis of distribution channel, the market has been divided into direct and indirect channel with direct channel leading among the two.

In order to stay ahead in the game and surpass their companies, the companies are adopting new strategies such as expansion of consumer base in the global level and adopting different promotional techniques. Some of the key market players are Bardakci Group, Diana Foods, Ingredient Inc., Van Drunen Farms, Orchard Valley Foods Limited, Z Natural LLC, Rabeler Fruchtchips GmbH, Johs.Thoms GmbH & Co. KG, P&G Food Industries, and Top Line Foods.