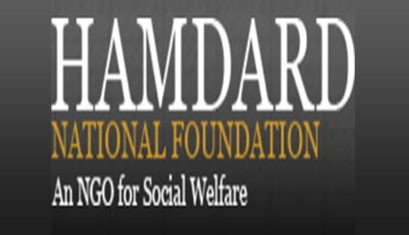 The national capital has witnessed depressing scenes ever since the lockdown has been announced due to the Covid-19 outbreak.

Being a metropolitan city and the national capital of the nation, people from all corners of the country come here to find work as daily wagers.

With their livelihoods coming to a halt after imposition of the countrywide lockdown, thousands of daily wage workers and labourers thronged the Delhi-Uttar Pradesh border as they ran out of food.

Hamdard National Foundation (India), a society formed in 1964, decided to do its bit to contribute in this struggle for survival and hence, has identified NGOs and individuals who have been working day and night on the ground trying to ensure that no one dies of hunger in the national capital.

One month ration enough for 200 families was given to Sofia NGO, a society, for distribution.

Helping Hands, an initiative of teaching and non-teaching staff of Jamia Hamdard University, which has also been active on the ground, had been given a similar quantity to be distributed to those who are fighting this war of survival.

Some dry food rations kits were sent to Guncha Foundation for direct distribution to the poor and needy individuals.

Food ration kits for 300 families were given to the District Magistrate (South East) Delhi, for direct distribution to the families from where they are receiving

distress calls. Volunteers of NGO Marham, through their centres and network, made ration kits for HNF inside Anglo Arabic Senior Secondary School, Ajmeri Gate, Delhi, and did door to door delivery of these kits to over 1,200 needy families all over Delhi.

With the dry ration distribution drive, the Hamdard foundation wants to convey that in this tough time, “We will all come through this together.”

Hammad Ahmed, president, Hamdard National Foundation (India) said, “Hamdard is working day in and day out, with partner NGOs and the government machinery, to try and get as much food relief material to the poor and needy families, who have lost their livelihoods, due to the inevitable lockdown during the Corona virus pandemic.”