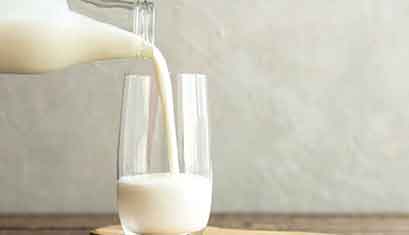 With approximately 1 lakh crore INR, India is all set to become a giant market on the global dairy map. In 2018 India produced approx 22 percent of global dairy volume which indicates the importance of India in the dairy segment.

Since India has a maximum vegetarian population and milk as an undeclared national heath drink, we should not be surprised that India is the largest milk producer with approx 22 % of global production and the biggest milk consumption market as well.

While Indian dairy farmers acknowledge their responsibility towards producing good quality milk; unfortunately Indian milk quality is questionable from time to time both locally and internationally; mostly because of microbiological and chemical contaminants often found in the milk.

A detailed survey by FSSAI in 2018 on Milk Safety & Quality revealed improved quality,

with areas of concern as well.  Overall, above 93% of the samples that is 5976 out of 6,432 samples were found to be absolutely safe for human consumption. This is undoubtedly good news for the Indian consumers; however about 41% samples, though safe, fell short of one or another quality parameter or standard.

On intentional adulteration the survey results showed that out of 6,432 samples of milk 12 samples were adulterated  rendering those samples  unsafe for human consumption. Six samples were found adulterated with hydrogen peroxide, three with detergents, two with urea and one sample was found to have neutralizers.,

Unintentional adulteration – a major finding in the survey was the presence of aflatoxin M1 residues beyond permissible limits in approx 5.7% of the samples. This is the first time that the presence of aflatoxin M1 in milk has been assessed. The survey further showed that 1.2 % of the samples had residues of antibiotics above the permissible limits. Only one raw milk sample in Kerala was found to contain pesticide residue above the permissible level.

Aflatoxin M1 is the principal hydroxylated aflatoxin metabolite present in the milk of dairy cattle fed  – a diet contaminated with aflatoxin B1. Aflatoxin M1 a metabolite of aflatoxin B1  is produced during normal biological processes of animals. Aflatoxins are produced by Aspergillus flavus and Aspergillus parasiticus which can contaminate feed. Aflatoxin is found in maize and cottonseeds and in their by-products. Favourable conditions of temperature, relative humidity/moisture, poor storage conditions, substrate composition, and storage time play an important role in fungal growth and contribute to the synthesis of these toxins.. Aflatoxin is carcinogenic in nature and very harmful for human consumption. Amongst the top three states with highest levels of Aflatoxin M1 residues are Tamil Nadu (88 out of 551 samples), Delhi (38 out of 262 samples) and Kerala (37 out of 187 samples). This problem is more dominant in processed milk rather than in raw milk.

Antibiotics are a medicine (such as penicillin or its derivatives) that inhibits growth or destroys .  Studies have shown that antibiotics may affect the heath of some sensitive individuals.  Various types of antibiotics are being used worldwide in the veterinary sector rather indiscriminately for promotion of growth and treatment of the livestock. Significant portions of antibiotics are released through milk of dairy animals unaltered and exert serious harmful effects on human health.

These contaminants like Aflatoxin , Antibiotics , Pesticides etc.  (Added unintentionally) can be completely avoided if we implement right farm practices.  If we compare India with other milk producers then Farm Practices really need a complete changeover from conventional to a science based approach. While the Government has put in great efforts in terms of supporting the up gradation of practices; until farmers are committed, efforts will not yield the desired results. To get the right quality of milk, cattle should be properly fed, with proper care, and good management practices must be followed. Improving farm practices require, storage and handling practices to be upgraded through various extension activities at village or dairy farm level. At dairy farms awareness programmes need to be conducted about how nutritious feed improves the increase of fat and SNF levels to desired limits as specified by the FSSAI.

Reducing unwanted chemicals Residues of Detergents: It’s good to clean the utensils before using it into food related operations and if you are cleaning the same with cleaning agent then it’s even better to rule out any microbial cross contamination. But when we are using or selecting any cleaning agent, we must assess the risk so that while removing the microbes, cleaning agent must not infuse its harmful residues to the food so is true in case of Milk as well. In Rural areas majorly fabric detergent powder / cake is used to clean the kitchen utensils including milking utensils like buckets , screens etc. , this practice is not right as it may infuse the harmful detergent chemicals to the milk making it harmful  to consume .

So as a right practice, Farmers must use only relevant cleaning agents to clean the milking and storage equipment like Cans, Buckets. These chemicals are very widely available all across India. Dairy Organisations who are sourcing milk from farmers are equally responsible of providing these cleaning agents to farmers under their dairy development plan. If anyhow these specialised cleaning agents are not available then dish wash cleaner like Vim bar etc. Can be use as a minimum, but still farmers must prefer specific and safe cleaning agents for milk contact surfaces / utensils.

Reducing Antibiotic Residues: As mentioned above, antibiotic residues is been found in milk which is harmful for human when consumed. Now we need to understand that antibiotics are coming in milk when its been consumed by cattle in case of any specific illness.  Residues of the antibiotics remain in the milk for few days . Now questions come that how we can avoid it??? And the answer is very simple…..

First of all, farmers need to use only approved antibiotics on cattle by getting proper consultation by vet doctors. Only those antibiotics must be bought from authorised seller and then use. On each pack of antibiotics, clear instruction of withdrawal period is mentioned. “Withdraw Period “is nothing else but a time duration after which milk can be used for consumption. For example if its written that “Milk Must not be used till 7 days from the day Antibiotics consumed “ then it simply means that milk drawn in those 7 days is not fit for consumption and must be discarded and from 8th day its fit to use and can be supplied further.

But in rural areas such awareness is not there. Farmers do avoid milk supply but it’s varies areas to areas. Some farmer avoids milk supply for 2…. Some 3 and some may be for 4 days. Additionally that milk which is not been supplied to dairies must not be consumed by farmers as well, it must be discarded.

Not only farmers but also dairy organisations collecting milk from farmers must create awareness in this regard. Training plan may include spreading awareness about authorised antibiotics usage, withdrawal periods etc and at Village collection centres, random enquiries can be done with farmers at the time of Milk Collections.

In smaller farms, castles treated with antibiotics or other medicines can be identified easily but in bigger farms where 200-300 cows/ buffalos are there, then identification of treated cows are extremely important to avoid any mixing of good and contaminated milk. Farm owner must define quarant8ine area where all treated cattle’s are shifted to avoid any cross contamination. This will also help in reducing the illness spread. Treated cantles can be given some identification as well.

In this series of article we will discuss the best farm practices to minimise the contamination risk to the milk and producing the best quality Milk. The above article is the first part of the article.

The author is Food Safety Professional and can be reached at anurag.ft@gmail.com