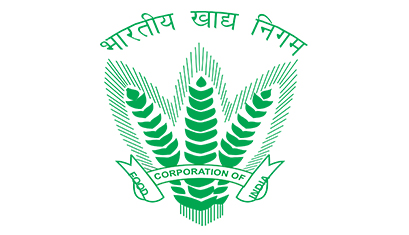 The Food Corporation of India (FCI) has strongly refuted report published recently in an online news portal with the heading “India let 65 lakh tonne of grain go to waste in four months, even as the poor went hungry”. Terming the news report as “blatantly unfair” and damaging the organisation’s reputation, Sudeep Singh, Executive Director (Quality Control), FCI, in a strongly worded letter to the website, said, “It is surprising to note that patently wrong information has been published without making any effort to check the facts and thereby giving completely wrong information to the public at large that 65 Lakh MT food grain has been wasted during last 4 months”.

Pointing out this being a blatantly unfair interpretation of the actual stock position, Singh said there has been a gross misinterpretation by publishing an imaginary figure of 71.8 Lakh MT as “wasted stocks”, when the actual quantity of food grains stocks that became non-issuable (damaged) during 2019-20 is just 1930 MTs, that too largely due to natural calamities like floods.
Quoting the website that the article is reportedly based on the extracts of a Research Paper titled “Covid 19 Lockdown – Impact on Agriculture and Rural Economy” published by Society for Social and Economic Research authored by Prof. Vikas Rawal, Manish Kumar, Ankur Verma and Jesim Pais, the FCI claims to have spoken with Prof. Rawal, who is one of the co-authors and he confirmed that the data was taken by interpreting the stocks lying in mandies and in transit as “not readily issuable”.
FCI clarifies both stock in mandies and stock in transit are absolutely fit for human consumption and under no circumstances can be labelled as “food grains wasted”. “This wrong portrayal of FCI misleads the readers and could have been avoided, if the authors/researchers had approached FCI for interpretation of terminology/data, which are used in a specific context to explain the status of the stocks held,” said Singh.
According to the article and the data given in Table 5, it has been reported that 71.81 Lakh MT food grains is ‘not readily issuable”. This has been highlighted in the heading of the article as 65 Lakh MT food grains been allowed to go waste, without even bothering to cross check the terminology used in the context of the process of procurement and movement of stocks of food grains in FCI.
In the months of April and May Rabi season wheat procurement operations happen on a large scale. During the ongoing wheat procurement season, which started on April 15, 20, a quantity of 365 Lakh MT wheat has already been procured by government agencies. The wheat stocks procured in purchase centres called ‘mandies’ is shifted to storage points over a period of time. There is a certain time lag between procurement and transferring these stocks into the storage facilities as it involves large scale logistic operations involving labour and trucks. At any given point in time during procurement operations, there will be some wheat stocks procured but yet to be shifted to storage facilities as it is an ongoing exercise. As on May 1, 2020, a quantity of 56.35 Lakh MT procured wheat stocks was yet to be shifted from mandies to storage points. These stocks were subsequently shifted and taken into Central pool account.
Similarly, at any given point in time, there will be some stocks in transit as FCI continuously moves stocks from surplus states to consuming states. During the current pandemic demand for food grains had gone up substantially due to additional allocations under Pradhan Mantri Garib Kalyan Ann Yojana (PMGKAY) and FCI was working on a 24/7 basis to meet this additional requirements. FCI has done all-time record movement of stocks during April 2020 and the stocks which were transiting from surplus to consuming states as on May 1, 2020, was also higher than the normal average stocks in transit. The quantity of food grain in transit as on May 1, 2020, was 14.01 Lakh MT. These stocks subsequently reached the respective destinations and were issued to state governments for distribution under various schemes of Government of India.
“It is apparent from the news report that this quantity of wheat stocks lying in procurement centers to be shifted to storage points as well as rice and wheat under transit to consuming states from procuring states has been labelled as “wasted food grains” and has been highlighted in the article,” said Singh.
For the purpose of records, the FCI published the actual quantity of Central pool food grains damaged during last 3 years.
“It is a matter of grave concern that neither the researchers nor the online news portal made any effort to understand the data/terminology or verify the facts before publishing a report which could tarnish the image of a public organisation like FCI engaged in frontline of fight against Covid-19,” said Singh.