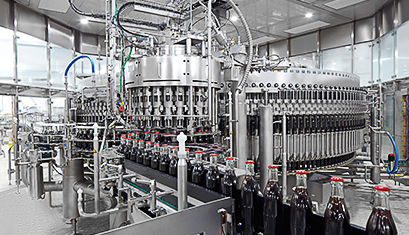 When in July 1950 beverage retailer Wilhelm Müller procured the bottling rights for Coca-Cola in Germany, he established the entrepreneurial basis for the production site that can still be found in Mannheim. Initially, lots of tasks such as sorting and quality assurance were performed manually until in 1965 the first fully-automatic setup went into operation; this lifted empty bottles from the beverage crates, placed full ones back into the same and automatically inspected every single container with the help of test equipment.

In the 1960s and 1970s Müller held the sales record of all independent Coca-Cola franchisees in Germany 18 years in a row. Following his death at the height of his success in 1971, his wife took over the running of the business. In 1983 she then made the bold decision to build a completely new factory – at the present location in Mannheim-Vogelstang. Very soon after its opening, over 30,000 bottles per hour were being filled on new plant engineering.