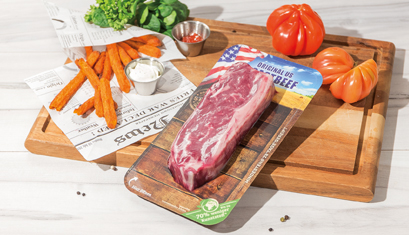 China has halted poultry imports from a Tyson Foods meat processing plant in the US, following a Covid-19 outbreak at the facility. China’s general administration of customs said on its website that the suspension would go ahead after the company confirmed a cluster of coronavirus cases at its plant in Springdale, Arkansas. Tyson’s spokesperson Gary Mickelson said the company was looking into the issue, and that is was in conversations with local health officials to ensure its products were in line with government safety standards. Mickelson added in his email to The Associated Press: “At Tyson, we’re confident our products are safe and we’re hopeful consultations between the US and Chinese governments will resolve this matter.” “It is important to note that the World Health Organization, the Centers for Disease Control and Prevention, USDA and the US Food and Drug Administration agree that there is no evidence to support transmission of Covid-19 associated with food,” he continued. Last week, Tyson Foods announced the results of its Covid-19 testing at facilities in Arkansas. Of the 3,748 employees tested, 481 tested positive for the virus, with 455 presenting as asymptomatic. There have also been several recorded outbreaks at Tyson Foods plants across the US, including North Carolina, Nebraska and Iowa. The suspension comes as the WHO reported a record increase in global Covid-19 cases on Sunday 21 June, with the total rising by 183,020 in a 24-hour window. Imports of US poultry to China have increased rapidly since Beijing ended its five-year ban on trade in November 2019. However, as authorities in China’s capital struggle to bring a new outbreak of the virus under control, certain measures have been put in place to avoid further resurgence. After temporarily halting US poultry imports from Tyson Foods, China has also ordered a PepsiCo facility in Beijing to close in a bid to clamp down on the food industry amid the new Covid-19 outbreaks in the capital. On 20 June, PepsiCo isolated 480 employees – despite all testing negative for the virus – following a local government briefing in the capital. Authorities in Beijing have honed in on imported foods after a new outbreak of cases were linked to a wholesale food market in Xinfadi just over a week ago. The capital began testing meat, seafood and fresh products, with some locations opening all containers of meat to carry out Covid-19 tests. The market, which supplies over 70% of Beijing’s fresh produce, has been sealed off, while dozens of communities and schools have been advised to close.