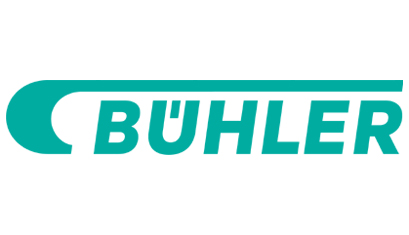 Bühler proved to be a reliable partner to all its stakeholders and showed robust business performance in 2020. Protection of the health of employees, securing supply chains for customers, and keeping the innovation rate high were the top priorities. Despite adverse conditions, the company fulfilled all customer contracts and delivery agreements without interruptions. And the company launched major innovations for key markets.

The Group gained additional financial strength, with equity ratio reaching 44.2 per cent (+1.4 percentage points) and net liquidity soaring to CHF 749 million (+66.8 per cent). Turnover was CHF 2.7 billion (-17.0 per cent), with order intake amounting to CHF 2.6 billion (-16.7 per cent). Stefan Scheiber, CEO, Bühler, said, “With high agility we adapted quickly to the new situation to ensure continuity on all levels. In light of our global set-up and innovation power, we are looking into the future with bounded optimism.”

The company assured the health of its employees and its daily operations throughout the year. Supply chains proved remarkably solid, as the company was able to absorb the pandemic’s waves thanks to its global network of 33 factories, 100 service stations, and digital tools such as remote customer trials or commissioning, to bring much needed food capacities online worldwide. “We have seen a sharp rise in customer demand for digital solutions, but also for sustainable solutions, such as CO2-reduced emissions, nutritious and healthy food, high-end deposition technologies, and clean mobility,” said Scheiber.

Increased financial strength
Mark Macus, CFO, Bühler, said, “Protecting our liquidity had the highest priority over the course of last year. Our target was to remain a very solid and strong partner for all our stakeholders, and we achieved this even in a challenging year like 2020.” Driven by diligent finance management, operating cash flow jumped 211 per cent from CHF 151 million to CHF 470 million. Strict cost management allowed the company to offset a significant part of the adverse volume impact, resulting in EBIT of CHF 146 million (previous year: CHF 248 million), and an EBIT margin of 5.4 per cent (7.6 per cent).

Turnover was CHF 2.7 billion, down 17.0 per cent from CHF 3.3 billion. The 2020 figures are impacted by the development of currency exchange rates, specifically of the Chinese yuan, euro, and US dollar against the Swiss franc. Adjusted for the impact of the foreign exchange rates, the reduction of the top line versus last year was 13 per cent.

Robust business performances
Grains and Food (GF) proved resilient and agile, with a very solid business performance. Order intake was CHF 1.6 billion, 13.9 per cent lower than the previous year. Turnover decreased 7.2 per cent to CHF 1.7 billion. With the implementation of innovative solutions such as Mill E3 and its Arrius integrated grinding system, GF further expanded its position as a technological leader in grain processing and human and animal nutrition.

The Consumer Foods (CF) business was more affected by the pandemic, as customers in the industry suffered from much diminished traffic in duty-free shops, restaurants, and hotels – much less business originated for them because of reduced events. Order intake decreased 29.2 per cent to CHF 549 million. Turnover decreased 25.8 per cent to CHF 574 million. The order intake of Advanced Materials (AM) came in at CHF 453 million, down 7.2 per cent. Turnover shrank 31.7 per cent to CHF 443 million, caused by the severe weakness of the global automotive industry. However, the high-tech special deposition technology business of Bühler Leybold Optics grew substantially.

Therefore, AM has improved its profitability, resulting from immediate and tight adjustments of structure costs to the new market conditions and the launch of innovations which were very positively absorbed by the markets.

Summing up, the highlights from the businesses were strong growth of the Value Nutrition business due to high interest in meat alternatives from plant-based proteins; the build-up of large food parks such as in Egypt where the company built complete industrial infrastructures comprising of mills, biscuit, wafer, chocolate, and pasta lines; and the strong growth of Bühler Leybold Optics’ optical coating solutions, addressing the high demand for computer chips.

Continuation of innovation roadmap
Despite the challenging environment, the company continued to execute its innovation roadmap, launching 86 new products and solutions. This is a tribute to its 160 years of existence, marked in 2020, and it is a reconfirmation of the company’s purpose of innovations for a better world. The expenses for research and development were about at last year’s level at CHF 139 million (previous year: CHF 149 million), leading to an increase relative to Group turnover of 5.2 per cent (previous year: 4.6 per cent). The company has opened new application centers for food in Minneapolis, US, for malting and brewing in Beilngries, Germany, and a new training and education center for cocoa processing in Abidjan, Cote-d’Ivoire. With Givaudan, the global leader in flavors and fragrances, Bühler built an Innovation Center dedicated to plant-based foods in Singapore.

The new facility is planned to open in March 2021. With Canadian Premier Tech, the company formed a joint venture in China for new packaging solutions which started very successfully in 2020. Furthermore, the company drove latest innovations for digital platforms and solutions successfully into industrial applications globally with impressive success.

All innovation efforts of are aligned to the company’s commitment to lower energy use, water consumption, and waste in the value chains of its food, feed, and mobility customers by 50 per cent until 2025. These sustainability goals have been anchored in the new Destination25 strategy, which was developed and agreed in 2020 and is valid until 2025. Furthermore, the company intensified its initiatives to provide training and education programs for customers and partners, as well as for employees worldwide. The global apprentice program was further developed, and the successes of the top apprentice talents at the 2020 SwissSkills competitions – with eight medals in four key disciplines – were lighthouses for the nearly 600 apprentices the company employs, coaches, and develops globally.

Outlook: bounded optimism
The company took all learnings from 2020 to increase business excellence and develop the ‘new normal’, for example, by switching to digital customer communication formats, such as the Bühler Virtual World. Based on a strong purpose as a family company and dedicated employees across the globe, with its innovation power, broad portf