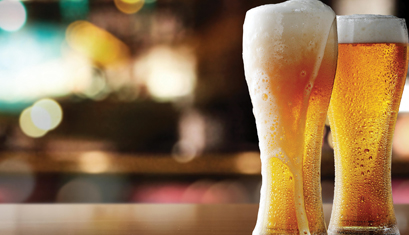 Craft beer producer Brooklyn Brewery has announced that it is expanding its non-alcoholic line with the launch of Special Effects IPA.

The latest addition to Brooklyn’s portfolio is said to taste ‘exactly like a regular beer’, featuring the citrus hop aromas of a classic IPA.

“When we first developed Special Effects Hoppy Amber, we were determined to show the consumer that non-alcoholic beer doesn’t have to be about taking something away, but rather that it adds to the experience,” said Brooklyn Brewery CEO, Eric Ottaway.

“Since that launch, craft non-alcoholic beers have seen triple digit growth this past year. In sticking with our belief that non-alcoholic beverages are for everyone, and given that IPAs are by far the most dominant category in the craft beer industry, it made natural sense to focus our attention on craft’s most popular style as we are expanding the Special Effects family.”

According to Brooklyn Brewery, Special Effects has grown since its launch to become the company’s fifth largest brand globally.

Special Effects IPA will be available starting in January 2021 in all US states where Brooklyn Brewery is distributed. The non-alcoholic beer will be sold through the company’s website and by retailers including Whole Foods.

International roll out will follow later in the year.