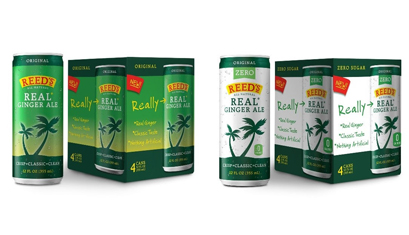 According to Reed’s, its Real Ginger Ale is non-GMO and made without artificial colours, flavours or preservatives.The brand claims that most mainstream ginger ales contain almost no real ginger, and with this launch it is seeking to meet the need for a more authentic option, which it says its own research shows one in three ginger ale drinkers are looking for. Each can of Reed’s Real Ginger Ale therefore contains 2000 milligrams of organic pressed ginger.Reed’s as converted its sampling truck into a delivery vehicle which will reportedly distribute its ginger products to frontline workers, such as hospital and fire station staff, over the coming weeks.

Commenting on the launch, Norman Snyder, CEO of Reed’s since the beginning of March, said: “Our brand mission is to create products that contain efficacious levels of real Genger