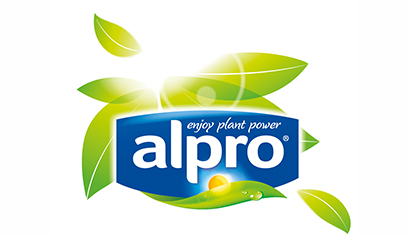 Alpro has unveiled a new five-year health and sustainability action plan, as well as plans to invest €30m in two of its production sites.

The objectives laid out by the company, which is celebrating 40 years since its foundation, encompass measures to limit water use, reduce environmental impact and provide consumers with greater transparency.

The report, titled ‘Feeding the Future With Plants’, includes the ambition to promote the transition to a circular economy with 100% recyclable Alpro packs (the company is currently at 76%). In addition, Alpro aims to introduce plant-based alternatives to yogurt in paper-based packaging.

The plant-based producer also said that it would define clear action plans for a transition to regenerative agriculture, with a focus on biodiversity and water use, while reducing its water footprint per product by 60%.

“The diets we have adopted are no longer sustainable for the planet, so we have to change the way we look at food production and consumption,” said Alpro general manager, Sue Garfitt.

“Millions of people are more aware of the personal and environmental benefits of plant-based foods and our mission is to achieve a fundamental dietary shift to more plant-based eating by 2025. This new report translates this mission into concrete commitments.”

Other objectives include bringing more diversity into the brand’s portfolio by using at least nine different plant-based ingredients, and applying transparent, easy-to-read front-of-pack nutrition labelling to 100% of Alpro products.

Alpro said that its newly announced €30 million investment in its production facilities in Kettering, UK and Wevelgem, Belgium will support its ambitions for 2025.

The UK site, which employs 200 people, will receive a significant proportion of the investment to develop a new high-speed packaging line to produce 75 million extra packs of soya, oat, rice and coconut drinks per year.

According to Alpro, its products are regularly purchased by one in three UK households, and the investment reflects the rapidly growing demand for plant-based products.