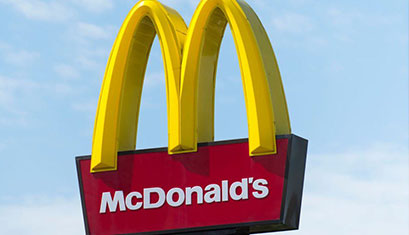 McDonald’s has announced that it is developing its own line of plant-based meat alternatives called McPlant, including a plant-based patty.

The announcement was made by company executives on yesterday’s post-earnings conference call, after its comparable sales continued to improve globally in its third quarter.

McDonald’s said its McPlant line could include burgers, chicken substitutes and breakfast sandwiches, which it expects to test in some markets in 2021.

The fast-food chain is yet to announce which suppliers it will use in the crafting of its McPlant line. Meanwhile, a Beyond Meat spokesperson has claimed that it co-created the McPlant patty, as reported by Reuters.

This would not be the first time the two companies have collaborated, as McDonald’s partnered with the meat alternative brand last year to conduct a trial of P.L.T – which was made with a Beyond Meat patty – in Canada last year.

McDonald’s is one of the few fast-food chains yet to sell plant-based meat burgers on a permanent basis, following the likes of Burger King, White Castle and Dunkin’ Brands.

According to Reuters, the move could be the biggest and would put the plant-based meat movement at the forefront in mainstream America.

In its blog, McDonald’s said: “There are other plant-based burgers out there, but the McPlant delivers our iconic taste in a sink-your-teeth-in (and wipe-your-mouth) kind of sandwich. It’s made with a juicy, plant-based patty and served on a warm, sesame seed bun with all the classic toppings.”

Zak Weston, The Good Food Institute foodservice and supply chain manager, added: “When McDonald’s does something, they do it deliberately and at a massive scale. For a chain of their size to launch a new plant-based item leveraging their iconic ‘Mc’ branding, it means they see real and sustained demand and they have an assured supply chain.”