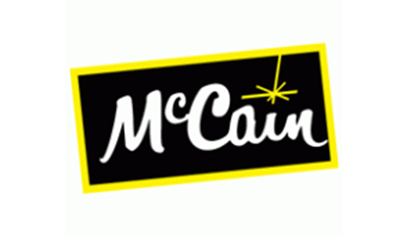 McCain Foods has committed to improving the sustainability of its products, with a key focus on creating a more sustainable approach to potato farming. The Canadian company, which offers a wide array of frozen potato products under its flagship McCain brand, aims to use less natural resources in its factories and farms, while contributing to positive change in the rural communities where it grows its ingredients. As part of the commitment, McCain is building three “Farms of the Future” to showcase how regenerative farming practices and the latest agricultural technology can be implemented at scale. The first commercial farm will be developed in New Brunswick, where McCain was founded, while the other two will be built in different countries with different climates. The Farms of the Future programme was initially announced last year, as part of its first sustainability report. In collaboration with leading academics and suppliers, McCain’s ultimate goal is to advance sustainable farming practices to demonstrate their economic viability, while also increasing food production. The announcement was made alongside a number of other environmental, ethical and social commitments, such as producing zero waste to landfill by 2025. By 2030, the firm aims to use 100% renewable energy and to reduce CO2 emissions by 50%. As part of its ‘Good Food’ commitment, McCain also intends to reduce sodium content in its products by 15% by 2025, provide clear and transparent nutritional information, and remove artificial ingredients from its products. “The global demand for food has never been greater, and farmers are being challenged with producing more with less, while facing increasingly challenging weather patterns due to climate change, and growing food in soil that is deteriorating,” said Max Koeune, president and CEO of McCain Foods. He added: “Farmers are at the heart of our country and food system, and the food challenges we’ve experienced during Covid-19 could only get worse if we don’t start taking action. “We’ve been working in partnership with many growers for generations, and this is a next step in ensuring the future of this important industry, and a Canadian food staple.” Since the outbreak of coronavirus, McCain Foods has donated up 20 million pounds of potato product to support Food Banks Canada, Second Harvest and other local food security organisations across the country.