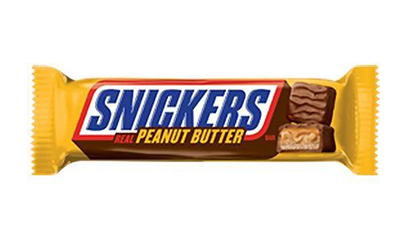 Mars has combined its original Snickers bar with a brownie filling in its latest US launch from the chocolate brand. Snickers Peanut Brownie features two individual squares, coated in the classic Snickers chocolate with a layer of caramel and a chewy peanut-brownie filling. The new flavour will fully launch in January 2021, however a limited first batch of 1,000 boxes will be available this summer. Consumers eager to try the new edition to the Snickers portfolio can follow the countdown online and claim a free box. The new product will join Mars’ range of Snickers bars such as hazelnut, almond, peanut butter and white chocolate varieties. “Snickers and brownies are two of America’s favourite treats, and we know people love both for the deliciousness and comfort that they bring. So, what could be better than putting them together?” said Josh Olken, brand director at Snickers. He added: “We’re excited to release our exclusive first batch of Snickers Peanut Brownie for our biggest fans to taste. It’s sure to be a delicious treat that brings the ultimate satisfaction.” Snickers Peanut Brownie will be available nationwide from January 2021 in single and share sizes. Mars has also announced the launch of Snickers Brownie Ice Cream Bars beginning early next year.