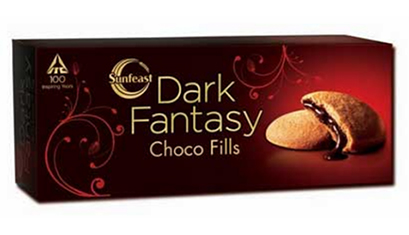 As an extension of the jingle and in-line with the evolving times, the brand has now put the spotlight on encouraging consumers to wrap-up their day and bring-alive their innocuous fantasies. Unwinding after a hard day’s work and biting into a small piece of indulgence has taken various manifestations in the ‘Din Khatam, Fantasy Shuru’ campaign.

The campaign commenced with a cryptic tweet ‘Khatam, Fantasy Shuru’, which explored the audience’s creative flair and identified things they would like to end for their fantasy to start. The activity revealed some interesting responses which went on to create a buzz on the platform. More than 30 brands and many consumers participated in this twitter conversation, which was trending at No.3 on the platform.

The brand had also put up digital billboards in Delhi, Mumbai and Bangalore where some of these interesting tweets featured. The same activity also happened on radio where RJs on popular channels engaged with consumers.

In continuation to consumers’ responses, Dark Fantasy launched its TVC, featuring brand ambassador, Alia Bhatt. The ad captures the end of day feeling that one typically goes through and how Alia melts away those worries by reaching out for her Sunfeast Dark Fantasy. Just one bite of the decadent choco-filled Cookie gives her that much needed respite from her mundane routine life.

Commenting on the campaign, Ali Harris Shere, Chief Operating Officer, Biscuits & Cakes Cluster, Foods Division, ITC said, “Every day ends on a different note for everyone. Some days end on a high note with a sense of achievement while some may end with lingering thoughts about a multitude of things. It is in moments like these that one seeks comfort for oneself and Dark Fantasy can be their partner, as they unwind for that day. A brand grows when it continues to be relevant in consumers’ lives and through this campaign, Dark Fantasy wants to help them find their little sweet spot for indulge in their little fantasies.”

The bilingual TVC, has been shot with a blend of Hindi and English has been released on the brand’s social media handles on Instagram and Facebook, YouTube. The TVC is also on AIR in four South Indian languages.