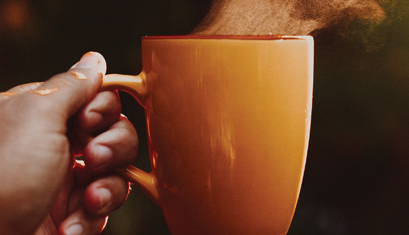 Simon – who has served as director at JDE Peet’s since its listing – held the role of chief financial officer at Jacob Douwe Egberts from August 2014 to January 2019, in which he oversaw its merger and acquisition strategy.

He also spearheaded the company’s listing on the Euronext Amsterdam stock exchange in May 2020, raising €2.58 billion in Europe’s largest IPO of the year. Most recently, Simon has served as a partner and CFO at JAB Holdings.

“No one knows this business better than Fabien. Not only did Fabien lead the successful IPO of JDE Peet’s, he oversaw the very creation of JDE and its transformation into a global coffee and tea powerhouse,” said Olivier Goudet, chairman of JDE Peet’s and CEO and managing partner of JAB.

Simon will succeed CEO Casey Keller, who had previously led Peet’s Coffee, upon his decision to return to the US after his plans to relocate to Amsterdam with his family were disrupted due to the pandemic.

Goudet added: “On behalf of the board, I would like to thank Casey for his contributions to this organisation. Casey joined Peet’s Coffee as CEO in 2018 and, under his leadership, achieved strong growth and record market share gains. He then took the helm of JDE Peet’s and demonstrated remarkable leadership and great results amidst an extraordinary operating environment.”

Upon his new position, Simon will step down from all of his other JAB roles, including his board positions at Keurig Dr Pepper and Krispy Kreme and his JAB CFO role.

“It is a privilege to lead this company into its next phase of growth, building on our unique portfolio of brands, products and channels to meet the needs of our customers and capitalise on the myriad opportunities to gain market share in coffee and tea globally,” said Simon.

Following his appointment, Simon will join Scott Gray in the leadership team, who was appointed CFO of the tea and coffee company earlier this year.